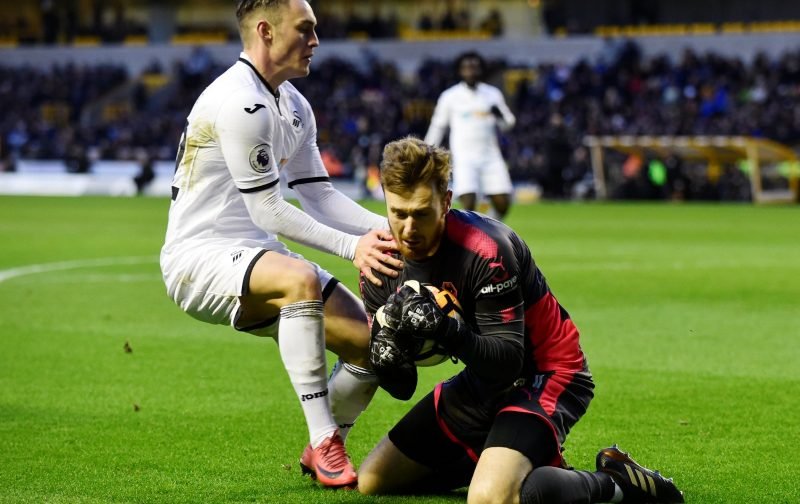 Many Wolverhampton Wanderers supporters have been wishing Will Norris well on social media after the goalkeeper joined Burnley in a permanent transfer.

Wolves confirmed Norris’ exit on Friday, with the goalkeeper ditching Molineux after three years at the club to join Sean Dyche’s Burnley for an undisclosed fee.

Norris made just eight appearances for Wolves following his arrival at the Black Country side from Cambridge United in 2017, with Nuno Espirito Santo rarely calling on one of his first signings.

Espirito Santo initially favoured John Ruddy between the posts and left Norris to feature in the cup competitions, where he thrived with five clean sheets in six FA Cup and EFL Cup appearances.

Norris spent last season on loan with Ipswich Town, making 20 outings and keeping five clean sheets across all competitions, and now heads to Turf Moor to supplement Nick Pope and Bailey Peacock-Farrell in the Clarets’ goalkeeping department with one minute of Premier League football to his name.

Despite his rare outings for Wolves, the Molineux fanbase had nothing but well wishes to share as they reacted on social media to the 27-year-old’s departure.

Here are some of the messages shared…

My little boy is gutted to see you leave Will, but he knows that’s football for you. He wanted to wish you all the very best, and he will still follow you at your new club.

Wishing you all the best mate https://t.co/eHCAN9nKaT

All the best Will 👊🏻 💛🐺🖤 pic.twitter.com/dJfQyeqn9E

All the very best to a very decent guy https://t.co/VDsjCQcbJu

All the best will, always took the time to speak to us and you very genuine, I hope you do well at Burnley!

All the very best to you Will 👍 xx