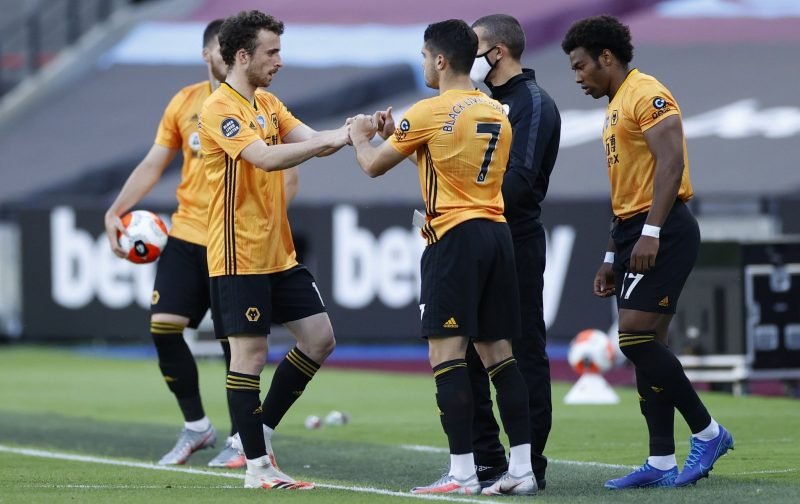 Lots of Wolverhampton Wanderers fans have been lauding their surprise stars of the 2019/20 season, with Pedro Neto and Adama Traore among the favourites on social media.

Wolves fans have been hailing Neto and Traore among their surprise stars of the season after their 2019/20 campaign drew to a close in the Europa League Quarter-Finals.

Nuno Espirito Santo’s side played 53 fixtures across all competitions this term, having enjoyed a long European run in their first campaign in any continental competition since the 1994/95 Anglo-Italian Cup.

The Molineux outfit did not enjoy as much success in the FA Cup or Carabao Cup having been eliminated in the Third and Fourth Rounds respectively, but put those setbacks behind them to finish seventh in the Premier League table.

Much of their top-flight success came thanks to Raul Jimenez hitting 17 goals and six assists, whilst Diogo Jota found the back of the net seven times and penned one assist in 28 appearances.

Traore boasted Wolves’ most league assists with nine to his name, along with four goals, while Neto enjoyed three goals and three assists despite only starting nine of his 29 outings.

Neto’s Premier League efforts from the 13th-most minutes by a Wolves player (929) earned him a lot of appreciation in the Black Country, having averaged the second-most successful dribbles (3.1) per 90 minutes, along with the fourth-most accurate crosses (1.0) and the sixth-most shots (1.6) and key passes (1.4), per WhoScored data.

Neto just ahead of Traore and Podence. All outstanding players.

Traore also earned a lot of respect having been a key playmaker for Espirito Santo, while also ranking top among all Premier League players for successful dribbles (183) and ending the term having won the second-most ground duels (293), according to Sofa Score statistics.

The Spaniard was also fouled 77 times, more than any other Wolves player with Jota (61) second and Jimenez (35) third.

His goal return also improved vastly from 2018/19, when Traore only scored once and assisted the one goal in 29 league outings.

Adama Traore
You have to say last 5 games Podence
Jonny

Traore and Neto were not the only players to be praised on social media, with Romain Saiss, Matt Doherty and Leander Dendoncker also attracting some attention having impressed supporters with their efforts.

Saiss started all 33 of his Premier League appearances this season after making 19 outings last term, in which he recorded Wolves’ sixth-most successful tackles (55), second-most interceptions (55), most clearances (121), blocked the most shots (16) and played the fifth-most accurate long passes (134).

Got to give Saiss a shout. Impressed me this season