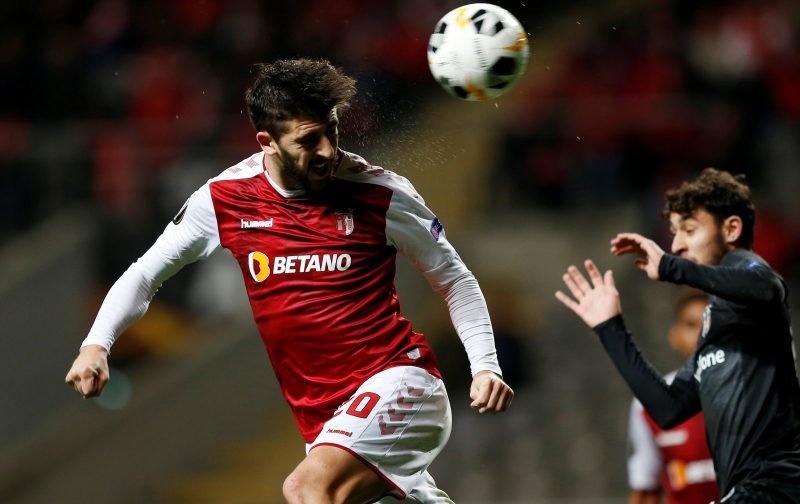 A few Wolverhampton Wanderers supporters have been begging the Molineux outfit on social media to complete the rumoured €25million deal for Braga forward Paulinho.

According to Gianluca di Marzio, Wolves are ‘close’ to completing a deal to sign Paulinho in the summer transfer window having offered Braga ‘significantly’ more than SS Lazio.

Super-agent Jorge Mendes is believed to be managing the deal in search of the best offer for his client, who is hitting the market after a stellar season in the Liga NOS with 17 goals and seven assists in 29 appearances.

Paulinho further found the back of the net four times in the Europa League – including against Wolves in the 3-3 Group Stage draw at the Braga Municipal Stadium – and twice in the Allianz Cup – including the winning effort in the Semi-Final clash with Sporting CP.

The 27-year-old is thought to have been among Lazio Sporting Director Igli Tare’s targets but the Eagles chief has only thus far presented an offer of €15m (£13.5m), whilst Wolves are alleged to have bid €25m (£22.6m) and moved to within touching distance of adding Paulinho to Nuno Espirito Santo’s squad.

Wolves fans would clearly be glad to see Paulinho move to Molineux and offer further attacking support for Raul Jimenez, with one supporter of the belief the pair would form the ‘ultimate strike partnership’ next season.

Jimenez enjoyed a tremendous 2019/20 campaign with 27 goals and ten assists across all competitions, and likewise found the back of the net during the 3-3 Europa League Group Stage draw in November whilst also creating Wolves’ other two efforts that night.

Great signing if true he played great down molineux https://t.co/mE7dI0nGOp

News of a €25m bid for Paulinho moving Wolves ‘close’ to completing the signing has left some of the Molineux faithful fearing the Braga man is to replace Jimenez rather than line-up alongside the 29-year-old next term.

Jimenez has been linked with moves away from the Black Country this summer, with claims in Portugal last month suggesting Espirito Santo had green lit a €30m (£27.1m) bid for Paulinho as Jimenez was on his way to Manchester United.

Looks like we are lining up a replacement for Jiminez https://t.co/Pch7Tddjob

While Gianluca di Marzio’s claims of a €25m offer is less than the €30m touted by RTP at the end of July, some Wolves fans still believe the fee in question is too much to pay for Paulinho.

The 27-year-old, who has never represented Portugal in a senior international fixture, has only ever played his domestic football in the Liga NOS and each of his previous transfers have been as a free agent.

Big risk for that price?