“Where is he?”- These Wolves fans want to know where key man is on club photos

“Show him” – A lot of Wolves fans are demanding that the club show images of Nuno – as speculation over his future continues to mount.

We have flown to Portugal to face Braga, knowing that a point will secure passage through to the next round of the Europa League.

However, there is only one thing that a lot of Wolves fans are bothered about where is Nuno?

The club released some images, but he was not included in any of them, and that has made some fans panic – as the links to Arsenal refuse to go away.

According to various reports, Nuno has emerged as the top target for the Gunners should they sack Unai Emery.

Will we beat Braga? 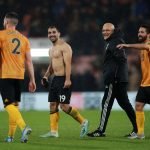 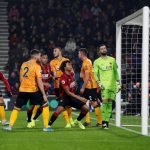 Nuno has done a superb job with us and is building a fantastic project, but still, these links and lack of images of the former Porto boss have caused a few Wolves supporters to panic.

All smiles as the squad depart for ???????? pic.twitter.com/MslbFsFy0H