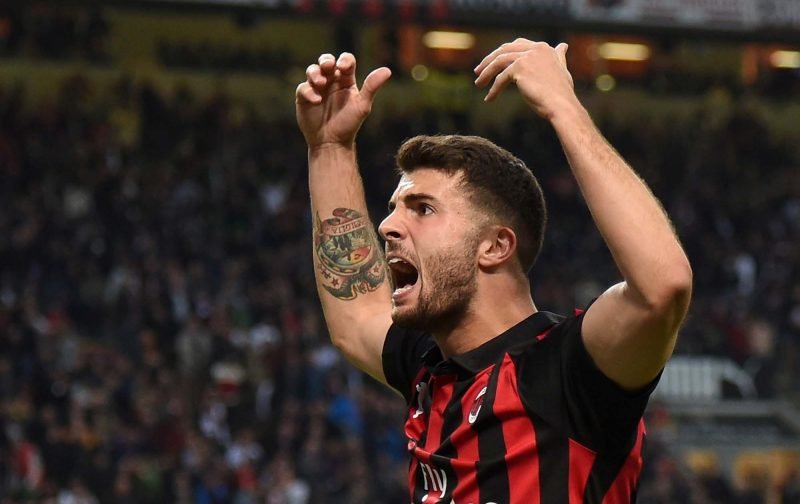 Over the weekend Wolverhampton Wanderers announced the capture of Real Madrid defender Jesus Vallejo on a season long loan spell and he was the first arrival of two, as on Tuesday we confirmed the speculation linking us with an interest in AC Milan striker Patrick Cutrone and announced his capture.

The 21-year-old has put pen to paper on a four year deal at the Molineux and whilst the fee is officially undisclosed, the BBC are reporting it as being £16million.

Despite his tender age, he’s already made his senior debut for the full Italian side and given how highly rated he is, he should provide solid and alternative cover for the coming 2019/20 campaign for Raul Jimenez and Diogo Jota.

So far in his short career, he’s made 45 starting appearances for AC Milan, with an additional 40 substitute showings and across those games he’s contributed 24 goals, but clearly given his age he has plenty of developing left to do.

Speaking to the Official Website as his signing was announced, the player himself said.

There were some positive messages from fans of his former club, and plenty were pleased to see him arrive.

You’ve got a great talent pic.twitter.com/my8j483nXx

I’m sure @Wolves fans will love him. Please take care of him. Forza Cutrone ????⚫️

Wolves are going to challenge United and Arsenal for 5th place.

Get in there!! Welcome Patrick. Good times ahead.

????Gotta love being a #wwfc fan right about now…. pic.twitter.com/KjlWOqyD27