Wolverhampton Wanderers went into Sunday’s Premier League clash with Burnley at the Molineux looking to get our first league victory of the campaign, but for a long time it looked like it would be very disappointing day.

The visitors opened the scoring 13 minutes in as Ashley Barnes found the back of the net but given our form under head coach Nuno Espirito Santo, there was always hope that we would convert one of our many chances and make it count.

Despite only getting two shots on target, despite our better control on the day, it took a 97th minute penalty from Raul Jimenez to save us the point.

Statistics website Whoscored predictably marked us down given the lack of a clinical edge, but Willy Boly scored just slightly higher in his performance than our Mexican goalscorer did to take Man of the Match from the game. 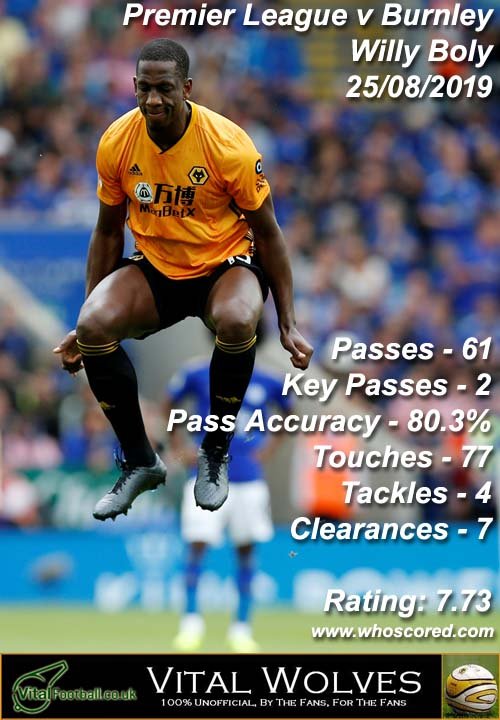 The wait for the win goes on, but it shouldn’t be too long.