It as another interesting European night for Wolverhampton Wanderers on Thursday as we took a first leg Qualifying Play-Off advantage over Serie A side Torino over in Italy.

With a credited own goal opening the scoring on the day, head coach Nuno Espirito Santo saw his side do more with less of the ball and we did take a 2-0 advantage as Diogo Jota extended our lead just shy of the hour mark. Torino made a game of it, reducing the deficit within minutes of Jota’s effort, but Raul Jimenez sent three away goals our way in the 72nd minute. A late penalty for them on the stroke of fulltime was disappointing – but 3-2 is how it finished.

With Wolves simply needing to not be complacent in the home leg given our advantage in the tie, statistics website Whoscored narrowly gave Adama Traore their star man award to lift Man of the Match with a score of 7.77. 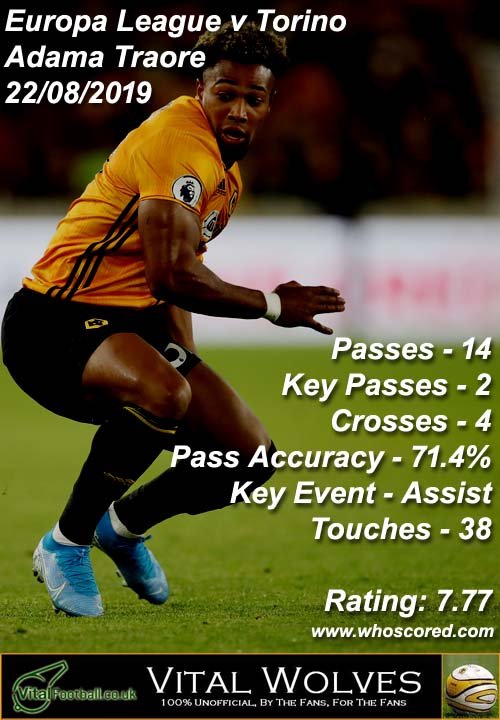 All eyes forward again now, a good and steady start to our 2019/20 campaign.