Wolverhampton Wanderers drew 3-3 with SC Braga in the Europa League on Thursday and Raul Jimenez had a hand in every goal on the night. The 28-year-old scored one and made two assists at the Braga Municipal Stadium, resulting in him being lauded by supporters on social media.

After André Horta gave Braga the lead with a sixth-minute deflected effort, Wolves equalised through Jimenez heading home a brilliant cross from Jonny in the 13th minute.

The Mexican international then turned provider as Wolves took the lead after half an hour. Jimenez chipped a through ball to Matt Doherty who headed home. One minute later, Adama Traore collected the ball from Jimenez and fired home from the edge of the area to make it 3-1.

Outstanding from Raul Jimenez. What an assist for Matt Doherty. World class. #wwfc

Are there actually any players more in form right now than Raúl Jiménez?! 🐺 #wwfc

Raul Jimenez does not get enough credit for what he’s accomplished in 2019. Especially not when talking about strikers in the Prem #wwfc

Wolves should have won that. Disappointing not to do so. But getting to the Europa League group stages is still quite the feat. Jimenez with another masterclass up front. Attacking play in the first half was immense. #wwfc

And a world class performance from Raul Jimenez. A goal and two assists. The assist for Matt Doherty was out of this world. The best in the world does come from Mexico. #wwfc

Paulinho pulled a goal back for Braga after converting a Wenderson Galeno cross in the 64th minute before Fransergio completed the comeback in the 79th minute, heading home a cross from Nuno Sequeira. Despite the result, Wolves still booked their place in the last-32 of the Europa League.

Is Jimenez one of the best transfers we have completed?

Yes, he is fantastic 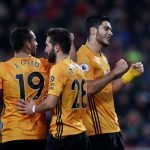 No, we have had better deals 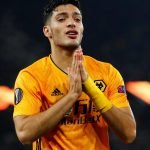 Against Braga, Jimenez played for 69 minutes, made 44 touches, created three chances, had three shots with 67% accuracy, won one aerial duel, completed 67.9% of 28 passes, whipped in one cross and made one interception.

He’s been in fine form this season, bagging 15 goals in 24 appearances, and is one of the hottest strikers in Europe.