Wolves interested in Yunus Musah, but who is he? 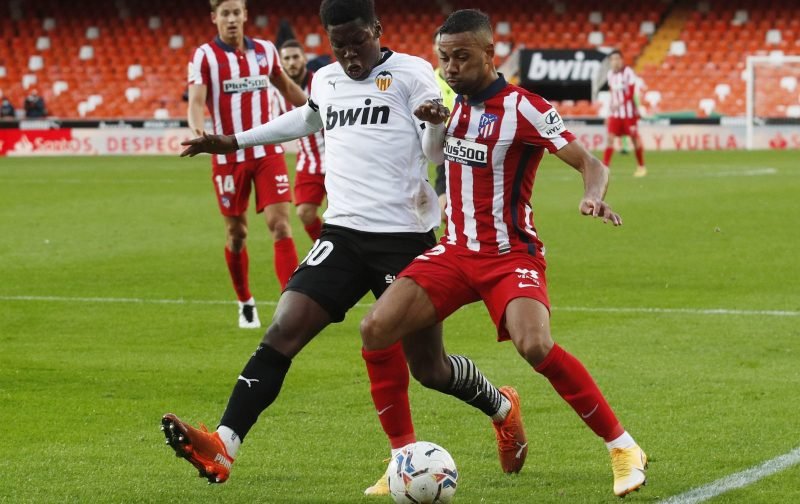 According to 90min, Wolverhampton Wanderers are interested in Yunus Musah and may have to battle Arsenal, Everton and Leeds United for his signature. The 18-year-old has broken into Valencia’s first-team this season and looks to have a bright future, but it remains to be seen if he’ll be lured away from Spain soon.

A talented winger who represented the US national team at the age of 17. Musah’s career began at Arsenal and saw him make 18 appearances for the U18s, scoring five goals with three assists, but he failed to progress to the Gunners’ first-team before leaving. He joined Valencia in 2019 and has gone on to make six appearances for their U19s, 17 appearances for Valencia Mestalla and nine appearances in their first-team.

Musah has amassed 776 minutes of football in La Liga from a possible 990 this season and only just turned 18, so its easy to see why we’re interested. Whether we actually land his signature is another matter, however.

How much would he cost?

90min note that Valencia are having financial difficulties and may be convinced to sell Musah for a high price. The US international has two years remaining on his deal at the Mestalla Stadium and Valencia are hoping to tie him down beyond 2022, so we may have to pay a tidy sum to sign him.

His market value with Transfermarkt is £4.5m and CIES Football Observatory value Musah at €7m-€10m (£6.3m-£9m), but there’s no way he’d be available for so little. Valencia sold 20-year-old Ferran Torres to Manchester City for £20m over the summer, so I believe Musah would be priced in the middle.

I can’t see us bringing the 18-year-old to Molineux in the winter transfer window or next summer, but he’s worth keeping an eye on.

In other news, Wolverhampton Wanderers identify Samuel Chukwueze as a potential replacement for Adama Traore