Reliable Wolves Man Helps Himself To Another MotM From Bournemouth Tie 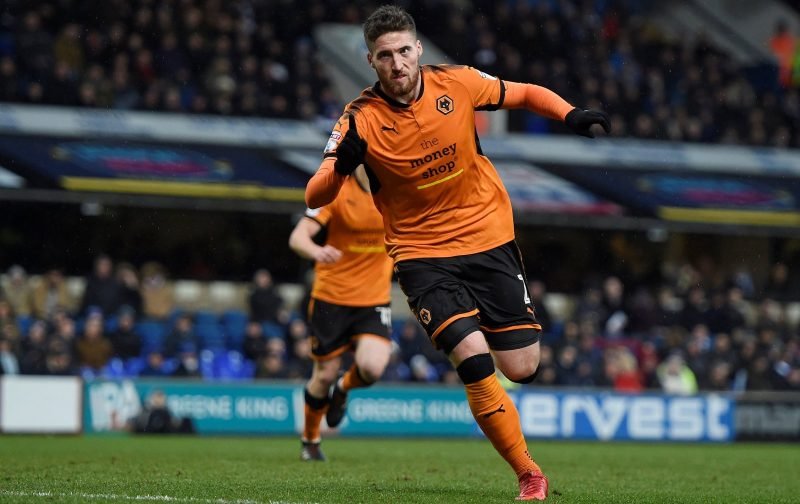 Saturday’s Premier League clash between Wolverhampton Wanderers and Bournemouth at Dean Court was a difficult day for head coach Nuno Espirito Santo’s side.

Wolves weren’t at their flowing best, but we dug in to bounce back from their 14th minute early penalty in the game as Raul Jimenez repaid the favour from 12 yards inside of the final ten minutes of the match.

A woeful showing by referee Roger East with some shambolic decisions also saw Bournemouth blow all three points as they missed a second penalty late on in the game and we walked out with a justified point, knowing it could’ve been more had a more competent referee reduced them to ten men and not awarded three penalties that were questionable at best – certainly the last one as it wasn’t even inside the box.

Statistics website Whoscored’s player ratings had the hosts edge it with the seven-plus scores, as our Man of the Match in their eyes was Matt Doherty and he only received 6.94. 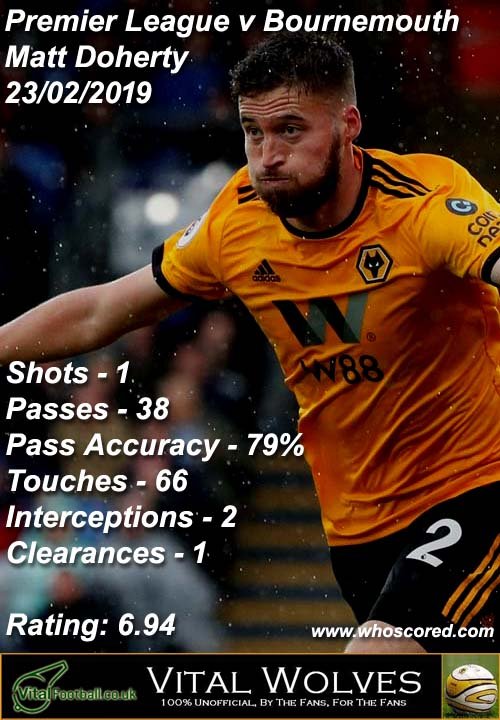 I’m not sure on the differences as we had more possession and they had one additional shot on target, so I can only presume their ratings boosts were on the back of a poor referee giving things in their favour.

Either that or they got extra marks for an overactive sprinkler system?