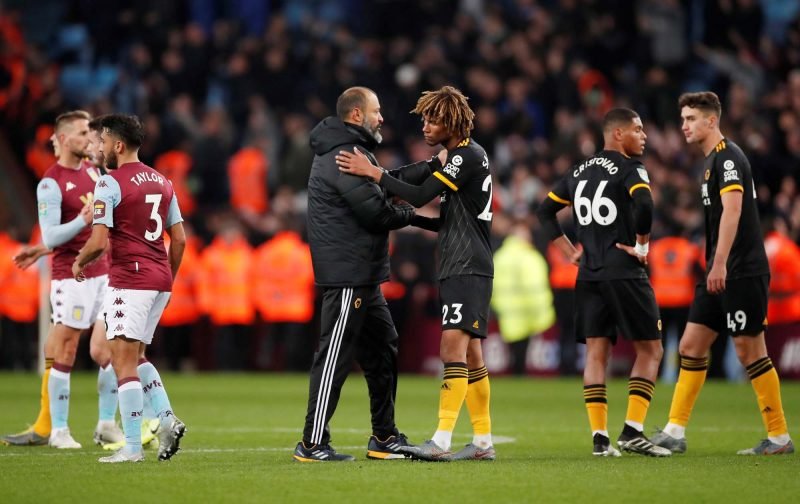 Nuno Espirito Santo has allegedly told Dion Sanderson that he can leave the club on loan as Portsmouth look to snap him up until the end of the season.

According to reports from Football Insider, Wanderers have agreed to let the young centre-back leave on loan this January.

The report states that a ‘Portsmouth source’ has told the outlet that Pompey have let Wolves know of their interest in bringing the defender to Fratton Park.

Allegedly the club on the south coast have been joined by League Two duo Plymouth Argyle and Cheltenham Town – and now it is down to the club to see where the best club could be for the defender.

Would this be a good move for Sanderson?

No, it's a level too high for him - let him join one of the League Two clubs

Yes it would be a great experience 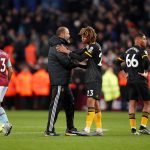 Let him continue to play in the U21s

The 20-year-old signed a new deal at the club in June and went onto make his first-team debut in the League Cup when they met local rivals Aston Villa in the Round of 16 – a game they lost 2-1.

Sanderson has been a regular for the U21s in the Premier League 2 competition this season, playing 12 matches, scoring and assisting once.

It is said that Portsmouth can offer the defender regular football as Kenny Jackett’s side attempt to get back into the second-tier.

Despite the club being 10th in League One at the moment, the league is incredibly tight. They are just one point off the play-off zone and are only six points off second-place, so there is no doubt that they could still find themselves in the Championship next season.

If the reports are true about Jackett being able to promise him regular football, then this would be a great move for Sanderson and the club. Not only would he be playing at a level above Cheltenham and Plymouth in League Two, but he will also get used to the pressure of playing in front of a big, passionate crowd every week – and that will surely be a fantastic learning curve for the player.