There have been plenty of mixed thoughts on Wolverhampton Wanderers’ capture of former Middlesbrough and Aston Villa winger Adama Traore – our former record signing has both impressed at points, but also looked woefully out of his depth at others.

He has long been a bit of a pet project for head coach Nuno Espirito Santo though, and having tested him out in a few positions to try and best utilise his raw talent, Wolves fans are arguably seeing the best of the 23-year-old in the campaign of 2019/20.

A slow start maybe, and the Spaniard can most definitely improve further, but we saw exactly what he was about in Sunday’s derby clash with Aston Villa in the Premier League. He was well involved with our attacking play on the day and he set up an assist as well as rattling the woodwork and giving both Matt Targett and then Neil Taylor nightmares.

“I think he is a handful for anyone at the moment. I think he is playing the best football of his career at the minute, he has been criticised for a lack of end product and a lack of goals, he was wasteful at times at the weekend but his pace and dribbling ability is very much improved. He’s just difficult to mark as a full-back as you never know whether to go tight to him or leave him in space.”

His end product has always been the key issue but with two goals and two assists so far this year (ten starts and five substitute showings), he’s on the right path now.

Who Was Your MotM Following Villa? 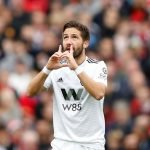 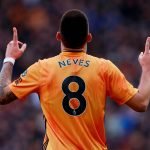