Wolverhampton Wanderers put the October international break behind them as we welcomed Southampton to the Molineux on Saturday, but with some good wins behind us from the last few weeks, we unfortunately stuttered, and could only take a point from the game.

It was a poor performance from our point of view, but we did have the ball in the back of the net twice in the opening 45 minutes, but the Video Assistant Referee technology ruled them both out. With Southampton scoring in the second half, Raul Jimenez had us back level from the penalty spot and that was where the scoring ended.

After such a mixed performance, statistics website Whoscored didn’t have particularly great player ratings for us and only two players achieved a seven plus score.

They had Adama Traore taking Man of the Match with 7.04. 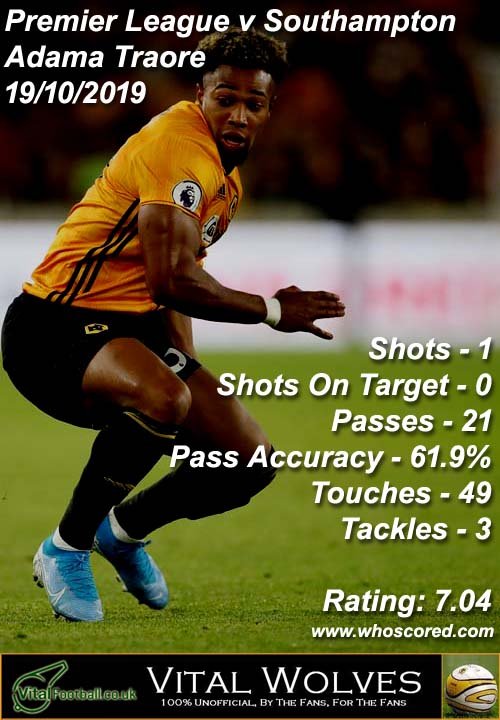 A point, the unbeaten run continues but we can be far better than that.