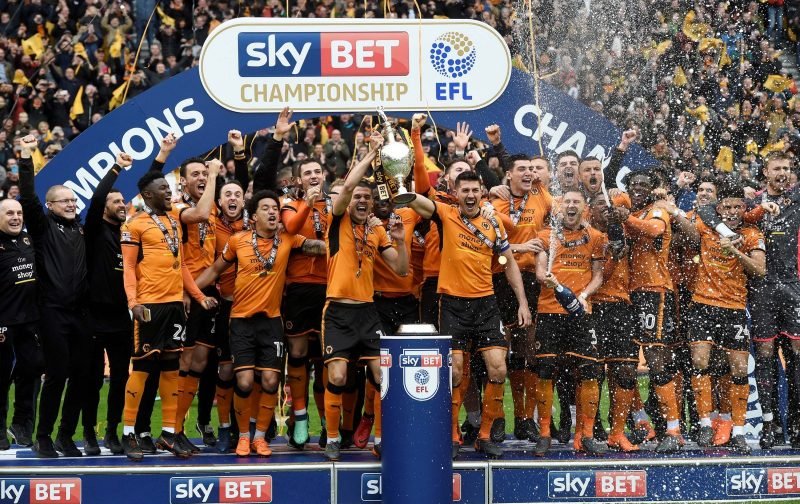 It has been another busy weekend in the life of Wolverhampton Wanderers recruitment staff and press department.

Winger Ben Marshall has now departed Molinuex for the last time as he heads to Norwich City on a new four-year deal for an undisclosed fee. He heads out of the club having spent 17 months with us following his arrival in January 2017 from Blackburn Rovers. He made 25 appearances for the club across all competitions and the 27-year-old more than played his part in securing our Championship status back in 2016/17.

With the changes the club went through under Nuno Espirito Santo, Marshall saw game time limited as last season progress and he spent the second half of the year out with Millwall on a loan spell. He returned three goals in 16 appearances for Neil Harris’ side as they almost clinched a Play-Off spot.

It’s reported that Millwall failed in a £1.5million bid, so £1.5-£2million is a reasonable educated guess I would think. Maybe a touch more on top should Norwich return to the top-flight themselves.

Nice bloke. I wish him all the best.

Yeah I mean he probably got pushed out when you got the likes of Costa and Cavaleiro! That’s good to hear though cheers mate!

As for incomings, well they were a little bit more major.

Despite speculation linking Leo Bonatini and Ruben Vinagre with moves to other clubs, Wolves finally activated the options we held on them to turn their loan deals last season into permanent captures. Bonatini has signed a four-year deal, whilst Vinagre pens a five-year contract.

With goals drying up for Bonatini in the second half of the year most guessed why we seemed to have moved on from him but the 24-year-old is now ours as he comes in from Al-Hilal.

19-year-old Vinagre scored once in nine Championship appearances (four more showings in the Cup) but he’s very much one for the future. He comes in from AS Monaco.

Diogo Jota also comes in on a permanent basis and has now given a mini interview following his switch. The turn of the month sees contracts now in full force even though his was announced back in January.

Here's the man himself, @DiogoJota18, speaking to Wolves TV about his return to Wolves and looking ahead to next year.

I think a few premier league defenders are gonna have nightmares over diogo ????????????

Absolutely cannot wait to see this young man smash it in the Prem, he is going to be immense ???? #wwfc

I have never been more excited for a season in my life.

Don’t understand the Leo hate. Was superb first half of the season (without him we’d still be in Champ) and with an actually preseason behind him I think we’ll get a better player this season … and Ruben is gonna be a superstar

That's a really valid point, I'd never looked at it like that. And I guess Afobe's reintroduction too cud have played on him. Pleased he's staying on ????????⚽️

Happy with both! Especially vinagre, he’s got some future ahead????????

Welcome to The Pack boys.

It's time to become the stuff of Legend!