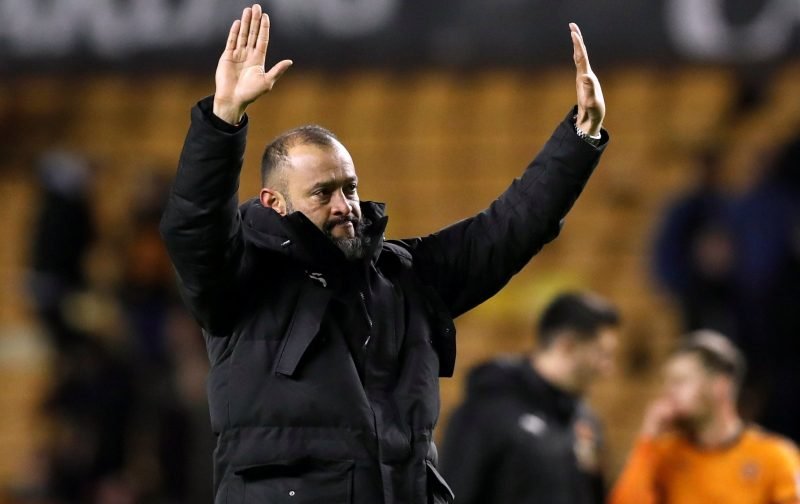 Wolves might be somewhat of a new entity to younger European football fans, however, that doesn’t mean that they are necessarily being underrated across the continent.

In fact, with the club drawing Barcelona-based Espanyol in the round of 32 of the Europa League, Spanish newspaper AS have come out and praised the side and explained how good of a side that they are.

The AS piece (via Sport Witness) does not sell Wanderers short, stating that it is no coincidence that this team finds themselves where they are, explaining all of their successes in the past few seasons and even describing them as the ‘English sensation’.

Wolves’ tactics and team gets discussed, in which it is described as ‘physical and powerful’, and, of course, a certain Jorge Mendes gets a mention.

The fact that highly rated Patrick Cutrone is not a regular starter is used as an example of the depth and talent within the squad.

Fellow Spanish outlet Marca continued the positive words about the football club. Within their piece, they claims Espanyol have been unlucky with the draw.

Wolves have been described as ‘one of the most difficult’ left in the competition when you look at their side on paper alone, even if they are not one of the bigger teams in terms of reputation.

How far will Wolves go in the Europa League?

No further than the round of 16

The piece finishes by mentioning an added incentive which has perhaps been ignored by the English press. Nuno Espirito Santo will have his first match which clashes with Rufete, Espayol’s sport director. Allegedly, the two had a big fall out when they both worked together at Valencia, so that could give Nuno an extra kick.

With the Premier League being such a global force nowadays it is not a surprise for opposition media to be aware of how well a team is doing from abroad. Similarly, we have easy access to La Liga through the use of the internet, though it is unlikely the English press will be as generous to Espanyol as the Spaniards were to Wolves.

The club are currently rooted to the bottom of La Liga, although that didn’t impact them when they topped their Europa League group, so Wanderers will have to be sure not to be complacent.