‘YESSSS’, ‘Who to blame now?’ – Many Wolves fans discuss significant chance to boardroom

Lots of Wolves fans have responded on Twitter to the news that sporting director Kevin Thelwell is leaving the club.

The Express and Star have now confirmed that Thelwell will be joining New York Red Bulls in the very near future, after being at the club for over 10 years.

He was brought into the club way back in 2008 after he joined the club as an academy manager, before slowly rising through the ranks until he was eventually handed the sporting director role in 2016.

Even with fans not being particularly happy over the past two windows, the overall business by the club has been pretty remarkable since he took over, so fans should still have some respect for him.

Are you sad to see Kevin Thelwell leave?

Of course, he was a great servant 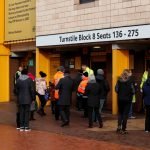 Nope, he was pretty incompetent 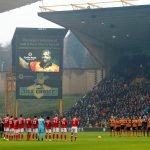 Indifferent. He was OK, but we needed a mix up

This is the second time within a month that a staff member has left to jump across the pond. Phil Hayward, the club’s former head of medical, has already joined LA Galaxy earlier in the month, and now it seems as if Thelwell is joining him, even if they are on opposite coasts.

As you can see from the replies below, most of the fans were surprisingly happy about the deal, while a few others questioned who would be getting the most stick now that he has left.

Here are some of the replies…

Oh my god, who will people blame our next transfer window on now!?!

How much are we paying them?

Explains what he’s been doing all January

Bye then , maybe now we can get some one who will do the job

Who will be to blame now…

Nuno might be saying that he’s very satisfied with his squad, however, there’s no doubt that this team could do with a little bit more depth.

Jesus Vallejo and Ryan Bennett were allowed to leave, which could leave some problems in defence if an injury or two come.