Wolves Youngster Begins To Make His Mark In L1 – “Gave Us Direction, Impetus” 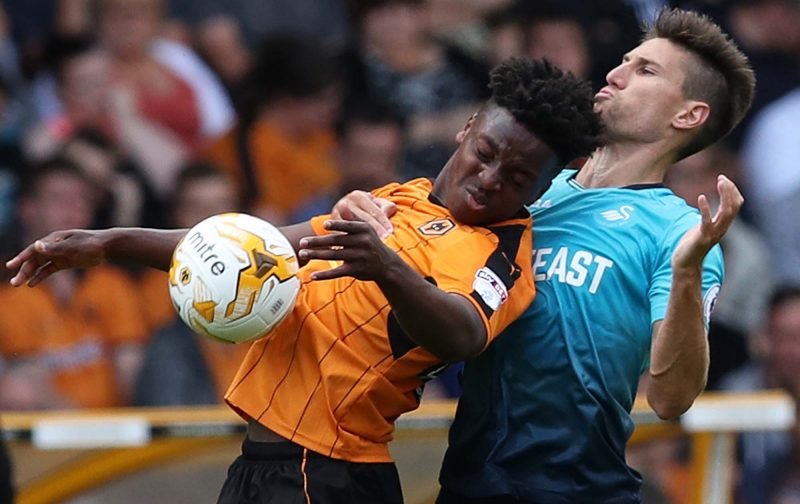 Highly rated Wolverhampton Wanderers youngster, Niall Ennis, has begun finding his feet following his season long loan spell out to League One side Doncaster Rovers in the 2019/20 campaign.

Having made an early switch out to them over the summer, he made his debut at the beginning of August against Gillingham, and to date, he’s gone on to make four starting appearances for them, with a further three showings from the substitutes bench.

He found the back of the net towards the end of August as he scored in a 2-1 win over Lincoln City, and his latest showing against Rotherham last weekend, definitely had former West Bromwich Albion head coach Darren Moore smiling.

Having come on at the halftime break as they were trailing 1-0 at the Keepmoat Stadium, 20-year-old Ennis had a fabulous impact for them, sending in the assist that led to James Coppinger’s equaliser, before then winning the penalty late on that gave skipper Ben Whiteman the opportunity to give them the advantage from 12 yards.

Ennis was also unlucky to not get on the scoresheet himself with the chances that fell his way, but he couldn’t find a way past their keeper.

Quoted by the Birmingham Mail after Saturday’s action, manager Moore said of his second half performance.

“I really thought that he gave us more direction, more impetus. He’s a lovely runner and dribbler with the ball and he’s got good upper body strength. I just thought he put their two centre backs on the back foot really, with his energy and his endeavour. And obviously in and around the box, as I’ve said before, he’s got good feet and he got the assist for James’ goal and obviously he’s won the penalty. With some of his half chances he could have scored himself, but he’s had an impact today, he’s come off the sub’s bench and I think he’s had a good 45 minutes which played a big part in his getting back into and winning the game.”

Big result today and great character from the team again, happy to get an assist, onto Saturday now ????????✨ @drfc_official

He’s clearly winning their fans over given the responses to his Tweet.

“The Reaction Was Very Good” – Nuno Pleased With Wolves Response