Wolves one step behind in race for £27m-rated man

Wolves appear to have fallen behind in the race for Ivorian midfielder Franck Kessie as his exit appears to be nearing at the San Siro.

AC Milan are reportedly aiming to offload the player this January, yet despite this being a target long talked about at Molineux (Gazetta dello Sport via Football Italia) – including a failed last-ditch attempt in the summer – West Ham look the more likely destination for the player.

According to Milan Live (via Goal.com), the Hammers are “leading Wolves in the battle” for the signature of the 22-year-old, who is valued at £27m by Transfermarkt.

The story goes further by adding that the outcasted midfielder could be available for “upwards of £25m”.

Allegedly, if the finances can be nailed out, then a move could well be on the cards considering how badly the player is wanted out by the club.

Even though a centre half is probably top of the wishlist for Nuno in January considering that central midfielders Romain Saiss and Leander Dendoncker have been forced to play in defence in recent games due to injuries, another midfielder could help provide that little bit more depth heading into a busy new year with a lot of important games on the horizon.

Considering that this time last year Tottenham Hotspur and Chelsea were getting linked (Express) to the player, he seems to have fallen out of form somewhat while under Stefano Pioli.

Despite all of the transfer rumours at the club he has still started 10 games this campaign in Serie A and come on in two, making him have the eighth-highest amount of minutes in the whole squad, per WhoScored, so he is still being trusted by the club.

Yes, he would be a good addition

Nope - we should spend our money elsewhere 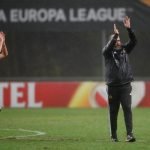 Perhaps with the Rossoneri stuck in 11th after a shocking start to their Serie A campaign and the fact they have had continuous problems with Financial Fair Play – consequently being excluded from this year’s Europa League – it should not leave it as a surprise they want to cash in on their midfielder.

If Kessie was to join, they would be getting a serious prospect. It might not be happening for him this season, but last campaign the dynamic midfielder was able to register seven goals and two assists – and goal contributions aren’t half of his game. In addition, he was able to make 1.2 tackles, 0.8 interceptions, 1.5 clearances, 1.3 key passes, 1.5 shots per game and 1.3 dribbles per game (WhoScored), showing that he has what it takes to be a top box-to-box midfielder.