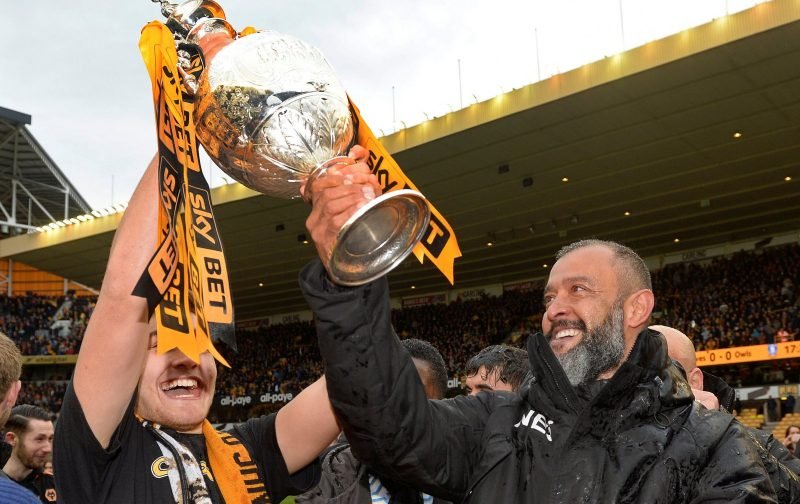 It’s being reported that manager Nuno Espirito Santo has now agreed a new deal at Wolverhampton Wanderers as our preparations for the coming 2018/19 Premier League season continue.

With a number of returning faces, new deals and a couple of fresh faces arriving at the Molineux ahead of the new year, news of a new deal for the gaffer will certainly be welcomed and it will be taken as another statement about the confidence in the camp of achieving more than simply survival in the coming year.

According to the Daily Star the 44-year-old has agreed a new deal keeping him with us until the summer of 2021.

He was only 12-months into a three-year deal but in recognition of his work last year it’s said that his pay under the new contract increases to £3million a year. The piece also states that he refused to talk to Everton last season as he was enjoying his life at Wolves and that he had interest from Arsenal following Arsene Wenger’s departure as well.

When the contract is announced, he’ll follow Ruben Neves in the new contract stakes after the midfielder penned a new five-year deal the other week and from a continuity perspective, that sends its own message, as the big kick-off, nears.

Any @Wolves fan disappointed that Nuno signing a Three year deal is the news rather than a new player needs to smarten up.

Nuno signing a three year deal shows intent and commitment to a bright young manager. Players will buy into that, jeez

This is better than any new signing news, Nuno is key to our success

Signing of the summer. Congratulations @Nuno