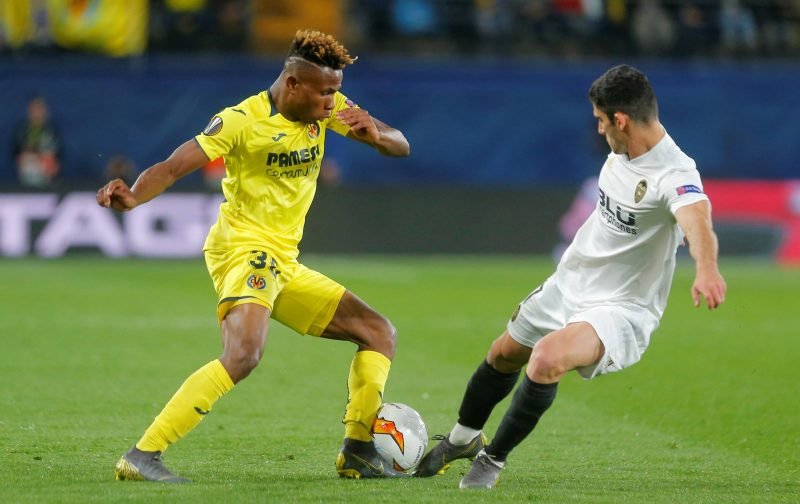 According to 90min, Wolverhampton Wanderers are interested in Samuel Chukwueze and may have to battle Chelsea, Everton, Leicester City, Liverpool and Manchester United for his signature. The 21-year-old is a regular for Villarreal and has impressed under Javier Calleja and Unai Emery, so his future at El Madrigal is uncertain.

How good is Chukwueze?

His numbers aren’t bad. The Nigerian international has made 89 appearances in all competitions since joining from the Diamond Academy in 2017, scoring 13 goals with 11 assists.

It’s his playing style that garners attention, however. 90min say Chukwueze draws comparisons to Arjen Robben and has signed two new deals in less than two years. Villarreal know they have a talented player on their hands and have tied him down until 2023 for protection.

How much will he cost?

90min say we’ll only make a move for Chukwueze if Adama Traore is sold, so it remains to be seen if he’ll be coming to Molineux. Traore would need to make us a lot of money and it doesn’t appear that we’re looking to sell. Reports suggest we’ll actually be handing him a lucrative contract extension.

Having the likes of Liverpool, Chelsea and Manchester United for competition hampers our chances of getting Chukwueze too, so I don’t think we’ll make a genuine approach.

If we keep Traore, Nuno will have the Spaniard, Daniel Podence, Pedro Neto, Vitinha and Fabio Silva who can operate in wide roles, so he may be content with his options.

Chukwueze looks like a talented player who could improve our squad, but he’s far too pricey and may favour a move to a bigger club than us.

In other news, Fabio Silva is struggling at Wolves but give him time to settle!