Wolves striker Rafa Mir could be set for another move in the January window, which would see his deal at Nottingham Forest cut short.

According to reports from Spanish outlet el Periodico, there is a chance that Real Zaragoza could go after the 22-year-old due to their main target sustaining a knee ligament injury.

Dario Poveda from Atletico B was supposed to join the club in the window, however, the injury has now scuppered his plans to join the Segunda Division side, per the report.

Obviously, for this deal to go through then Mir’s deal would have to be officially cut short by Forest or Wolves, though considering his lack of form and game time, that seems quite a realistic possibility.

The Spaniard has started just two out of their 20 league games, and is yet to grab a goal, even if he has made one assist. According to WhoScored, the striker has made 11 appearances overall and has an average rating of 6.12 – the 21st highest in the whole squad. Furthermore, there is only one player that has a lower average than that who has started a game, Aro Muric, with 6.11. 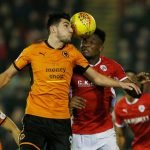 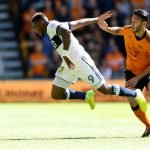 The report goes onto state that Zaragoza targetted him in the summer, but his high salary of “a million euros” made the possibility of the deal unfeasible. It claims that this, once again, could be the biggest sticking point in the January window, with the club not being able to front all of his wages.

A move to Spain could be the best for all parties with Mir. It clearly isn’t working for him or the Reds in Nottingham, so both might agree that they are wasting their time with each other and it might be best to move on. Similarly, as Mir has been a long-standing target for Los Manos, they might appreciate him more and be more willing to give him regular football, which could give him the confidence boost he needs.