Wolverhampton Wanderers defender Willy Boly is still ‘ruled out’ of action ahead of Saturday’s Premier League meeting with Bournemouth, according to Premier Injuries. The 28-year-old fractured his fibula in October and underwent surgery three weeks ago.

In the Frenchman’s absence, Nuno Espirito Santo turned to Matt Doherty alongside Romain Saiss and Conor Coady against Newcastle last month before replacing him for Leander Dendoncker against Arsenal and Villa earlier in November.

Only five Premier League clubs boast a better defensive record than Wolves (15), so Nuno will be confident of coping without Boly. 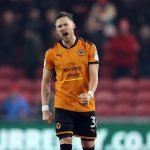