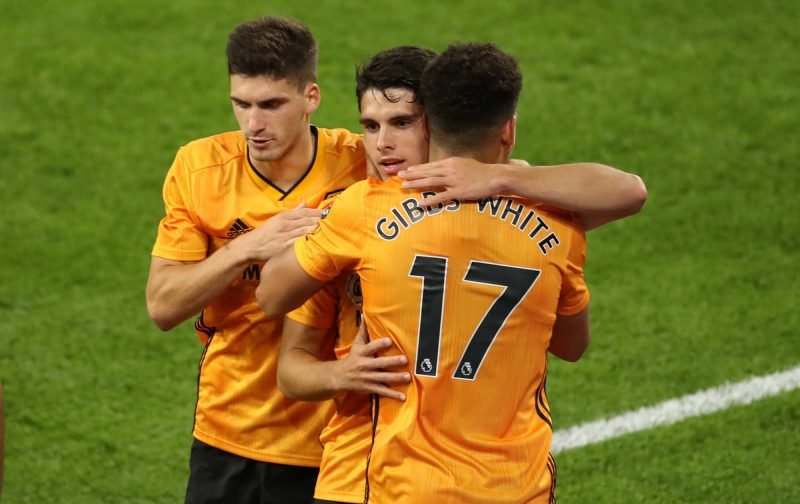 Pedro Neto was lauded by supporters after his performance in Wolverhampton Wanderers’ 1-0 win over Bournemouth. The 20-year-old came off the bench in Wednesday’s victory and impressed enough to give Nuno Espirito Santo a lot to ponder when he names his starting eleven to face Aston Villa.

Neto is going to be world class – isn't he? #wwfc

Neto is going to be some player when he’s older, needs to work on that finishing then he will be a complete player 🐺 #WWFC

Its time to release Pedro Neto from the start against Villa on Saturday. He is so hungry and capable. #wwfc

Can’t believe how much Pedro Neto has come on leaps and bounds. He really is becoming a talent that’s threatening the starting XI on a consistent basis #wwfc

What a player Neto has turned out to be. Has got as much, if not more ability as anyone we’ve signed under the nuno/mendes era.
As much as I love jota his place is majorly under threat. #wwfc

Forget that miss, Neto is the future #wwfc #wolves #wolvesayewe

Neto needs to be starting against Villa #WWFC

Against Bournemouth, Neto played for 29 minutes, made 21 touches, completed 90.9% of his 11 passes, had two shots, whipped in one cross, made three dribbles and won one free-kick. He almost scored a superb solo goal late on when he burst through the Cherries’ defence, but his effort went wide of the post.

The Portuguese U21 international joined Wolves from Lazio for £16.11m last summer and gone on to make 37 appearances in all competitions, scoring five goals and making four assists. He’s enjoyed a fantastic debut season at Molineux and may have done enough to warrant a start in Wolves’ next game.

Nuno’s side lock horns with Villa on Saturday and could move into a Champions League place if results go their way. Wolves are coming off the back of four wins from their last five, so they’ll be confident of picking up all three points regardless of who starts.