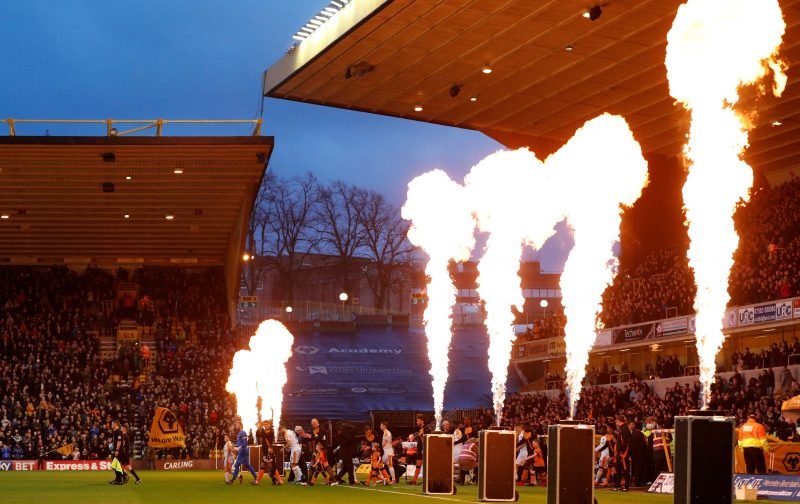 The visit of Liverpool to Molineux on Friday brings back memories of a number of unforgettable clashes between the clubs over the years.

The last time the clubs met was in January 2017 when Championship Wolves won 2-1 at Anfield in the FA Cup, with goals from Stearman and Weimann seeing Wolves become giant killers with Helder Costa a star man for Wolves on the day.

Back in 2010 Wolves were also shock winners at Anfield when Stephen Ward played a rare game as a striker and scored the only goal of the game.

And that game echoed an even bigger surprise at Anfield back in 1984. On that day Wolves went into the game bottom of Division One while Liverpool were top and by the end of the season had won the title, and the European Cup and League Cup. But the outcome was a 1-0 win for Wolves with Steve Mardenborough the goal scorer, the only goal he ever scored for the club. The 20-year-old left the club the following season and signed for Swansea and then seemed to be on a mission to play for every club in Wales because by the time he retired as a near 40-year-old he had played for Newport, Cardiff, Swansea and Newport again, then Cwmbran, Inter Cardiff, Aberystwyth, Rhayader, Haverford West, Port Talbot, Llanelli, Carmarthen and Barry Town. Quite a journey wherein a break from his tour of Wales he also managed to make over 100 appearances for Darlington.

The most memorable Wolves v Liverpool game at Molineux from a Wolves perspective may well have been on a Wednesday afternoon in 1973. Held in daylight hours because the use of floodlights were banned during the miners strike, Wolves recorded a 1-0 win in this League Cup Quarter Final with John Richards the scorer. He also scored the winning goal in the final that year as Wolves beat Man City at Wembley.

There has been some memorable Liverpool successes at Molineux too. In May 1976 Molineux was packed to the rafters to see the Reds get the win they needed to overhaul QPR and become champions. Wolves were fighting to avoid relegation and needed a win and for Birmingham to lose to survive. Steve Kindon gave Wolves an early lead that they held on to until the 75th minute. Keegan equalised and by then Blues were winning so relegation was secured for Wolves and late goals from Toshack and Kennedy gave Liverpool the title.

And in a game that Wolves fans hope won’t be repeated this week, Liverpool won 6-0 at Molineux in 1968. Wolves had newly signed ex Walsall and Shrewsbury keeper Alan Boswell in goal, and its fair to say his Wolves stay wasn’t the highlight of his career and he only played 10 times for the club. There were 2 goals each for Roger Hunt, Peter Thompson and for Alun Evans who had signed for Liverpool in a £110k transfer from Wolves in the summer, a record fee for a teenager.

Maybe there will be another game to remember between Wolves and Liverpool when the two clubs meet in front of a full house at Molineux on 21/12/18.