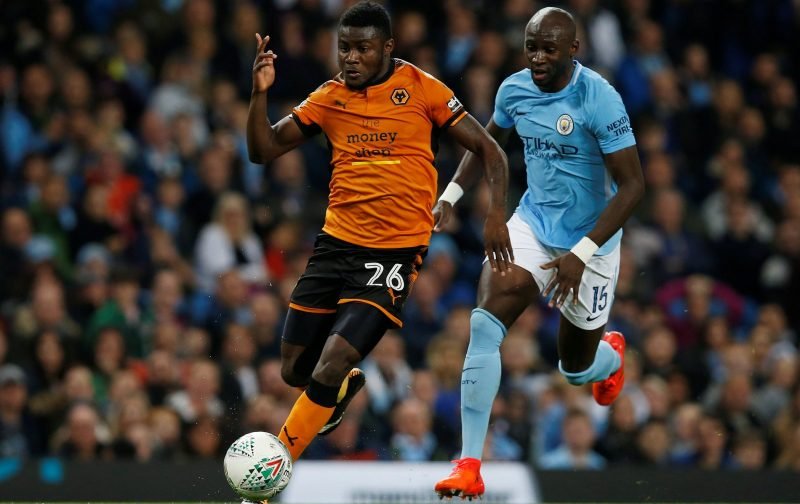 Bright Enobakhare has an uncertain future at Wolverhampton Wanderers after struggling for playing time in the last two seasons. The 21-year-old’s contract is up in July, so he could be on his way out in the coming months after falling out of favour.

Talking Wolves asked fans on Twitter to name which out-of-contract players are worth keeping at Wolves, and many want the youngster to be given one last chance.

Give kilman one for sure. Ruddy I'd like to see stay but I reckon they've probably said if he wants first team football they won't stand in his way. And Id give bright one, still untapped potential there

Kilman and bright I still have faith 🥺🥺

Kilman’s a must. Ruddy’s still a really useful backup and I’d like to see Bright given a chance.

Enobakhare has made 49 appearances in all competitions since rising through the youth ranks to the first-team in 2015, but his last outing came in Wolves’ 3-0 defeat to Sunderland (May 6, 2018). Rather than play reserve-team football, the Nigerian u23 international would go on to spend the next 18 months out on loan, but he often flattered to deceive.

Nuno Espirito Santo has preferred Raul Jimenez, Pedro Neto and Diogo Jota in attack at Wolves, so it’s hard to see Enobakhare being handed a new deal – especially after Leandro Campana’s recent arrival to the u23s.

Should Wolverhampton Wanderers let Bright Enobakhare run his contract down?