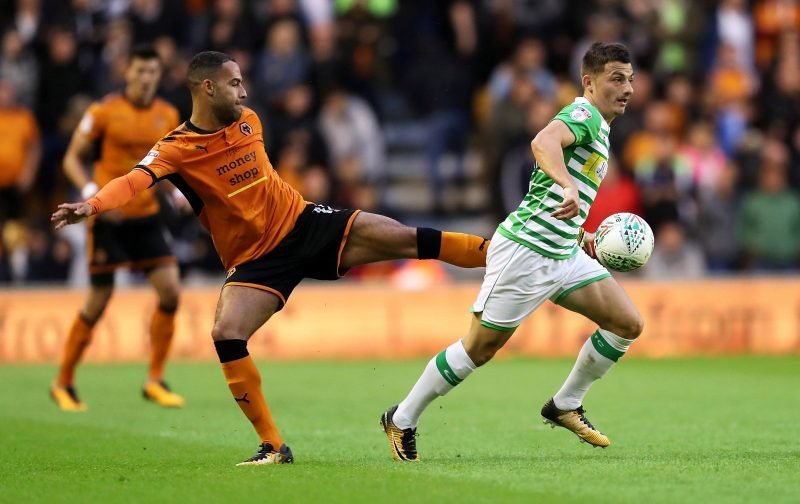 Plenty of Wolves fans have had their say on Twitter after winger Jordan Graham has signed for Gillingham on loan.

The 24-year-old has departed after failing to get any first-team football this season, and with his contract expiring in the summer, the club has probably now seen the last of the player.

After featuring fairly regularly for Kenny Jackett way back in the 15/16 season – playing 11 games, registering six assists and scoring one goal – he simply hasn’t been able to find his way back into this constantly improving team.

How will the club get on at Old Trafford?

Last season he found himself out on loan at Ipswich in the Championship, but could only last half the season, playing just four games in total. After that, he went onto play for Oxford United in the second half of the campaign, having a bit more joy by scoring once from 16 matches.

Plenty of fans responded to the news, and as you can tell from the replies, not many were particularly fussed…

Have they got an option to buy cos this guys finito

Absolute baller under Kenny Jackett before his injury. Hope it works out for him this time

why are we letting players go without bringing any replacements in?

Graham will be irreplaceable with what he’s contributed so far this season. How do you replace what he’s given?

For Graham, this could be a good opportunity to get himself back on the right track after a few difficult years.

With the player’s contract running out in the summer, this could be a good opportunity for him have a good end to the campaign and then earn himself a contract at a decent club in the summer.