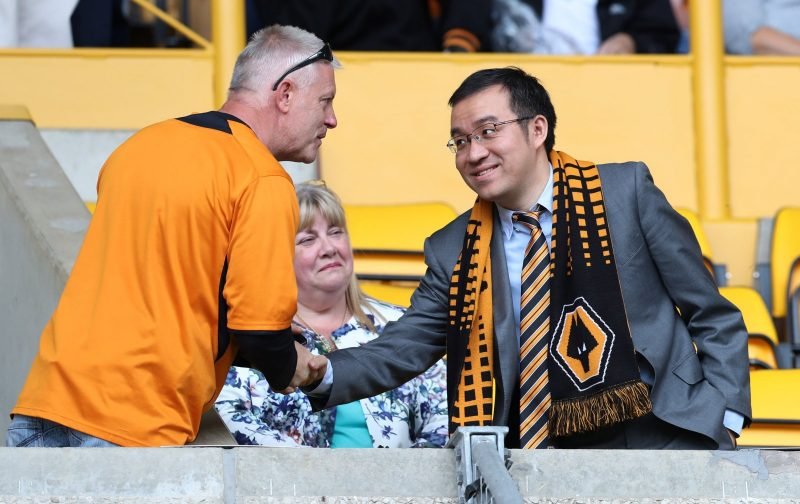 Wolverhampton Wanderers executive chairman Jeff Shi has been in popular demand this last week given the clubs successful adjustment to the Premier League and in his recent in-depth interview, our owners Fosun are certainly taking a long term approach to life and success.

Having stormed to the Championship title last year, we secured ourselves a very pleasing seventh place finish in the top tier and enjoyed a run to the FA Cup semi-finals and due to the outcome of the final, we do find ourselves in European action next year.

With the End of Season Awards event giving a fantastic reveal about the long term plans for the Molineux and our ground development, in his interview with the Official Website it’s not just the Stadium that the club have plans for – Shi clearly wants a world class Academy, calling it the ‘foundation for everything’ in our future.

“It’s not only about the first team and especially if you have a long-term plan. If you have only a first team it’s not so helpful because even though the first-team will have good moments, the Academy is the foundation for everything. We are always talking about a ten-year plan, so if you are talking about that then you need a very good Academy to support the long-term development. In my view, the Academy may be the second most important thing at the club.”

He did brilliantly say the “goal” of the Academy was not just about creating revenue and he’d much rather see our Academy produce a player that we then sold to the first team, rather than another side, and that in itself was a challenge to Scott Sellars to make his own profit as Shi wants the price tag to be based on the pathway through.