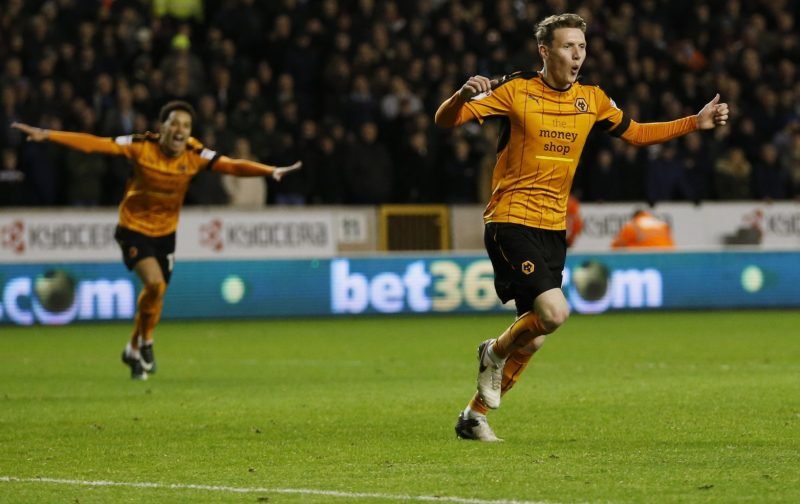 As I type this there’s no full article on Wolverhampton Wanderers’ official website, but the social media team did confirm on Twitter that striker Joe Mason has returned early from his loan spell out with Colorado Rapids in the MLS.

As the Tweet says, he’ll return to Compton for pre-season training on Friday, 27th July.

Wolves striker Joe Mason is returning early from his loan spell at @ColoradoRapids. Mason will report to Compton on Friday, 27th July.

Having been loaned to the MLS on a loan spell in February prior to their season beginning, it’s fair to say it was a mixed spell for the 27-year-old as he made nine starting appearances, with a further five showings from the bench but only returned three goals. His first two goals came in his opening three games. Although it’s fair to say his third goal against Minnesota United did end their nine-game winless run

Colorado wanted him to return to us so they could free up their roster to loan in Giles Barnes apparently.

It seems Colorado had struggles of their own, as did Mason in terms of getting going but given the changes at the club since he originally left, you’d imagine it would suit all parties to secure a permanent deal away now as we don’t need him as cover, and he’ll want greater game time still.

no, barely got on the field. anthony hudson preferred a flop of a prospect who scored 5 MLS goals in 7 years and couldnt get on the field at coventry + a player who came from college and wasnt even professional until age 22. in fact, gashi, boli, and those 2 made him 5th striker

im sure he will be sold. why would he be of any use to wolves? he was the 5th striker in colorado

for whom? if hes the 5th striker for colorado then how is he of any use for wolves?

They terminated it early

and he will leave very soon