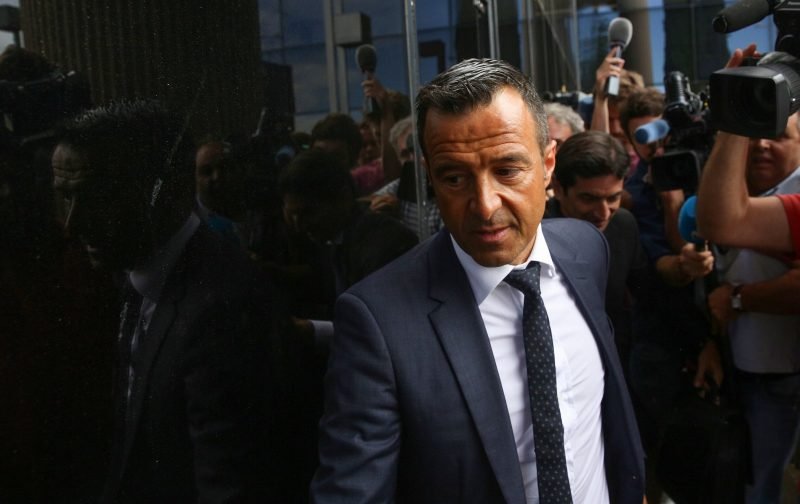 Lots of Wolves fans have responded on Twitter to a picture of Jorge Mendes being pictured at their game against Manchester United.

The club travelled to Old Trafford for the Third Round replay of the FA Cup yesterday evening and came out as 1-0 losers as Juan Mata put them through to the next round.

Stories have suggested that Mendes was there to try and organise a deal between Manchester United and Sporting Lisbon for Bruno Fernandes, but it’s not as if he hasn’t had Wolves on his mind either in this transfer window.

Other reports claim that the super agent played an important role in getting Leonardo Campana to the club – who is rumoured to sign on Monday – and it has also been claimed elsewhere that he is trying to get Wolves to go after Thomas Lemar from another one of his closely associated clubs, Atletico Madrid.

Would you pay £60m for Thomas Lemar?

No thanks, not for that money

Maybe in the summer, we have bigger fish to fry

Hi Jorge. Just a quickie mate.. got any players gewin?

Go on Jorge, bring us CR7 in on loan x

Hopefully to do a deal for the club not take players away!

With Wolves being down of two men after Patrick Cutrone left the club as well as Jesus Vallejo, there are a few concerns growing among supporters who want to see replacements come in.

At the moment there is no like-for-like replacement for Raul Jimenez, and the club have been forced to call upon both Leander Dendoncker and Romain Saiss this season for cover at centre-half, so even with the return of Willy Boly, a centre back will be on Nuno’s wishlist.