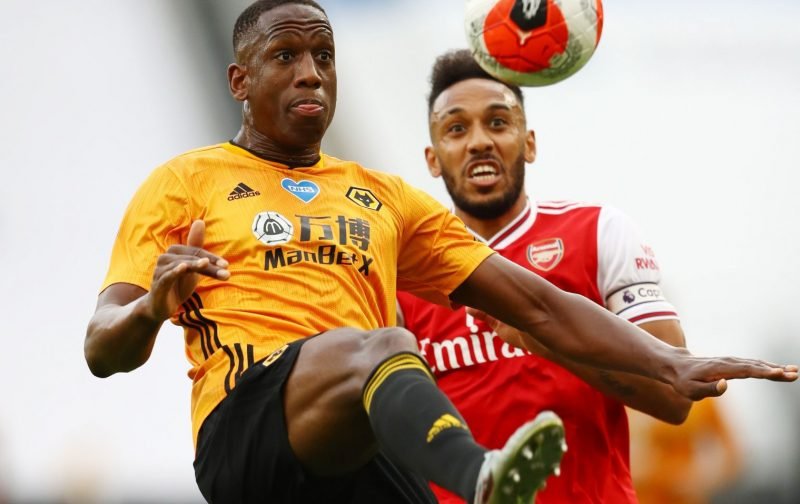 Lots of Wolverhampton Wanderers supporters on social media have been discussing Willy Boly’s form since the Ivory Coast defender returned from a broken fibula.

Boly suffered a broken fibula after slipping in training following Wolves’ 2-1 win over Slovan Bratislava back on October 24 during the Europa League Group Stage, and faced a lengthy spell on the sidelines waiting to lace his boots again.

The 29-year-old was finally awarded his first minutes since the major blow during February’s goalless draw with Manchester United and has remained in boss Nuno Espirito Santo’s starting line-up for each Premier League fixture since.

Wolves have lost just twice in the top-flight since Boly’s return, with the West Midlands outfit taking seven wins from a possible 13 heading into Sunday’s vital final day clash with Chelsea.

Espirito Santo’s side have also kept nine clean sheets over the club’s last 13 league games, helping Wolves to maintain a place in contention for a top-five finish should the Molineux natives beat Frank Lampard’s west London side and Leicester City fail to take a point against Manchester United.

Wolves supporters on social media have been lavishing praise on the ‘superb’ yet ‘underrated’ Boly ahead of the final game of the Premier League season, with many believing the £13.05m-rated ace to have performed remarkably well since his return from injury.

Here are some of the messages shared…

10/10 without boly coming back. We’d be 10th or lower. And that’s no exaggeration

Not all of the Molineux faithful believe Boly has been at the top of his game across each of his last 13 outings for Wolves, though, with a few noting that his performances have been a little off the pace since the season resumed and particularly since losing to Arsenal.

Since Wolves lost their first game since the centre-half’s return against the Gunners, Boly has only achieved a personal-best WhoScored match rating of 7.72 while averaging 7.25 – Boly had achieved a lower score in six of his previous 16 league appearances.

First few games 10 last couple 7 but still so underrated and a class act , 😃

One key reason why some fans feel Boly has not been at the same level as before his serious injury is that they feel the 29-year-old is not as comfortable on the ball as he was before the blow.

Stats would somewhat argue that not to be true, however, as Boly had only achieved a pass success rate higher than 80% in three of his pre-injury appearances (37.5% of games played) but has achieved over 80% in eight of his outings since returning (61.5% of games played).

6/10 not as comfortable on the ball as before his injury, prefer him on the left.