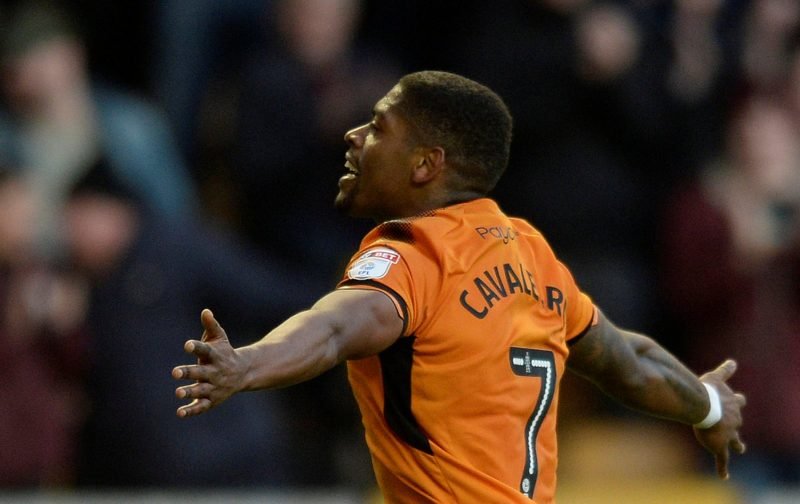 It’s long been suggested on the summer transfer rumour mill at Wolverhampton Wanderers that Ivan Cavaleiro was one of those players that head coach Nuno Espirito Santo was happy to see move on this summer, but the expectation was more a loan deal rather than a permanent switch and now Fulham seem likely to be the destination.

With Helder Costa already completing his loan to buy move out to Leeds United, the Express and Star claimed on Friday that 25-year-old Cav would be the next one to follow him out the door as he prepares for 2019/20 with relegated Fulham.

The expectation was that the loan would go through at some point tonight and there would be a permanent clause included, although they didn’t specify it was an obligation like Costa, nor the expected fee.

With Wolves yet to strengthen, and with us preparing for more games in the Europa League it left some fans concerned, but I guess we’ll see a few arrivals next week.

Its becoming a joke now. We had a small squad before selling Costa and Cav, now we have no squad with 13 days until the season starts. It might all be part of a bigger plan but some reassurance to the fans that they are actually doing something behind the scenes would be nice.

Players to replace Costa and cav

Striker
Cb
Someone to challenge doc

Not good enough. Cav is able to play at our level and him and Costa have been shipped out. Players incoming is serious now. Wolves need to start paying up and act like the big club they want to be

What the hell is going in Tim??

Hmmm. I wonder if a well renowned coach and a multi billion £ international conglomerate might have a plan. Nah. Let's panic and create bad vibes instead.
Maybe an announcement when the new superstore in China opens? Maybe?

The timing worries me. Even if 3-5 additions are made late on in the window they’ll have had very little time with the team to adapt. Slow start

Even more focus on the lack of signings… you'd think there were at least pre contract agreements in place, that's 2 1st team squad members going in so many weeks. Need a few signings asap… pic.twitter.com/EDr11lo2Z5

Surely new signings must be close???