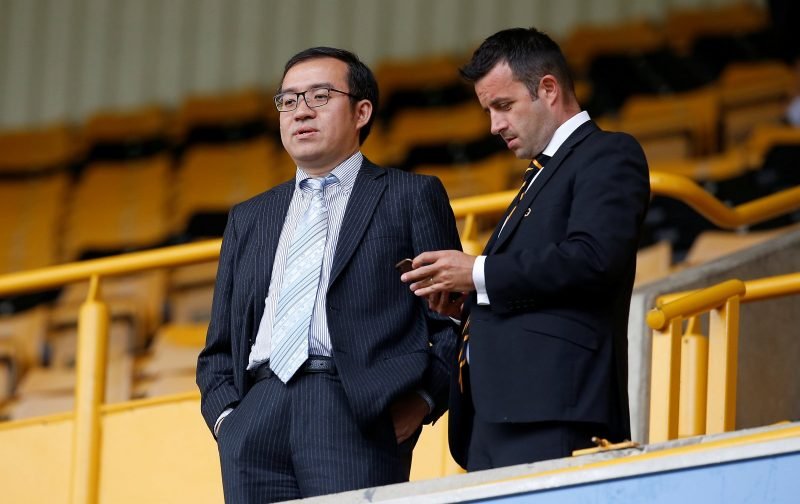 There were plenty of topics covered in Wolverhampton Wanderers’ executive chairman Jeff Shi’s recent appearances amongst the press.

With fabulous success at first team level following the arrival of head coach Nuno Espirito Santo as we stormed to the Championship title in the 2017/18 campaign, our 2018/19 campaign was equally as impressive as we secured seventh spot in the Premier League table and enjoyed a run to the FA Cup semi-finals – a run which will see us have a European adventure next season.

One of the big parts of Shi’s talks centered around the long term plan at the club from owners Fosun and obviously the Academy plays a massive part in that – he called it the ‘second most important’ aspect of the club outside of the first team, and ahead of the stadium given the plans that were revealed at the End of Season Awards night.

Speaking to the Official Website, Shi explained that the Academy’s main aim was not profit in the normal sense of the word, and that meant Under 23 gaffer and his staff had a unique challenge ahead of them.

Given the largely top six favouring Financial Fair Play rules in place in the top flight which sees certain clubs already a step ahead when it comes to new owners and sides in the Premier League who don’t have the same spending power – despite their spending power – this is a massively sensible decision from Shi and Fosun.

The Academy will naturally develop players with a quick sell on benefit that balances our bottom line, but any players who impress at first team level will have a premium associated and from an FFP perspective, to my understanding at least, they have no real cost associated anyway so any transfer fee is ultimately jam and pure profit.

Basically, a quick way to help balance the books.