Report: Forward discusses disagreements with manager and admits to wanting to leave 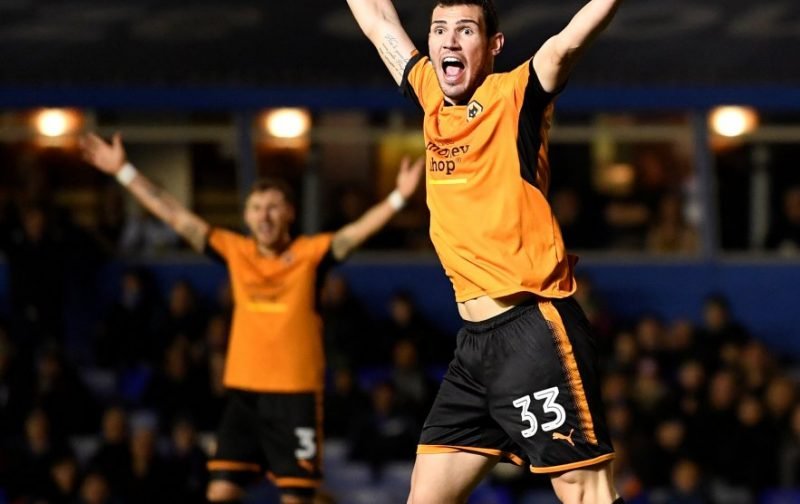 Wolverhampton Wanderers forward Leo Bonatini has this week spoken to Portuguese press and has admitted that he wants to leave the club.

The 25-year-old is currently on loan at Vitoria Guimaraes in the Portuguese top tier after failing to establish himself in amongst Wolves’ team since they have been in the Premier League.

It now seems as if the player’s time at the club – at which he has played 56 games, scoring 13 goals – is coming to an end.

After arriving in the summer, he has been able to score six goals and register one assist in 16 games and seems to be happy about playing regular football again.

Speaking to the Portuguese outlet RTP (via Sport Witness), the Brazillian forward revealed the reasons for why he has left Wolves, and even what he wants in the future.

Is a top four finish a realistic target?

“I don’t know if for internal interests or what happened. I had some disagreements with the coach, I have no problem with him. But I didn’t have my opportunities,” Bonatini told RTP.

When asked whether there was any bad blood between himself and Nuno Espirito Santo, he was quick to respond.

He said: “No. Quite the contrary, I have a contract with the club, I support them, I always talk to the players. They are my friends, they are people who helped me a lot when I got there. Because it’s a very difficult country too. But I wanted to play.”

“It’s my wish that Vitória could use a buying option. Because I was very well received here, by the city, by the club. Sometimes that’s not enough, there are other things, but I will always give my best for Vitória, day after day, training, playing, I think this is what fans expect from us.”

Despite there not being a particularly negative relationship between the attacker and the club, it seems as if Wolves may have outgrown the forward now and it is simply a case of him not being up to the standard of the first team.

After joining the club for £3.6m from Al-Hilal following on from a successful loan spell, Bonatini played a key part of Wolves’ promotion campaign from the Championship, however, he was given just seven games in the Premier League by the Portuguese manager.

Given that Raul Jimenez is flying so high at the moment, and they have the £16.2m signing of Patrick Cutrone playing as an understudy, then keeping a player such as Bonatini doesn’t really make sense for the club or the player.