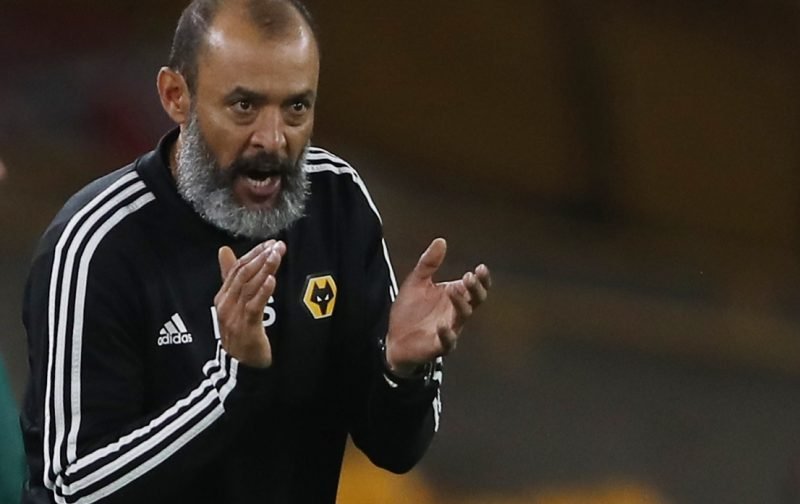 Lots of Wolverhampton Wanderers supporters have been reacting on social media after talkSPORT pundit Jason Cundy admitted he is scared of the threat posed by Nuno Espirito Santo’s side.

Cundy has been speaking of the threat Wolves pose the established top-sides following the Molineux outfit’s victory over Olympiacos in the Europa League Round of 16, which secured the West Midlands side a Quarter-Final date with Sevilla.

The one-off tie is the first-time that Wolves have reached the Quarter Finals of a European competition since 1972, and Cundy feels overall success in the Europa League will give Espirito Santo’s men the confidence boost needed to rival Chelsea next term.

“I don’t want Wolves winning the Europa League,” he told talkSPORT. “It’s quite simple and it’s not difficult for me to explain this.

“If Wolves were to win this competition, it puts them in a very different position as a threat to my club Chelsea.

“They would hold on to a lot of their players and hold on to their manager. Not only that, it puts them in a position where they can delve into their pockets. Imagine what Wolves could look like next season if they win the Europa League and have Champions League football?

“I don’t want to see that Wolves.”

Cundy made 41 league appearances at centre-half for Chelsea between 1988 and ’92, and is clearly a firm fan of Wolves captain Conor Coady.

“We talk about the lack of good centre-halves there are around,” Cundy added. “Wolves have got two, three in there that could play for a club that has European football.

“Arsenal are looking out for a centre-half. If Arsenal got Coady, are you telling me that’s not a good signing? If they got Champions League football there’s no chance of that happening as they would demand a big fee.”

Wolves supporters have been reacting online to Cundy’s remark regarding their side’s threat as Europa League victors, with many mocking the ex-Chelsea man for his ‘shocking sportsmanship’ and how much he fears the Molineux natives.

I know its anti wolves but I love hearing that. Shows how far we’ve come in last 2 years. Onwards and upwards!

I love this! They are scared of what our great club can do! And nothing makes me happier!! Let’s do the job on Tuesday and see the panic then!

Huge compliment to us in all fairness. 🐺🐺

This is a great compliment