Wolves linked with M’Bala Nzola, but who is he? 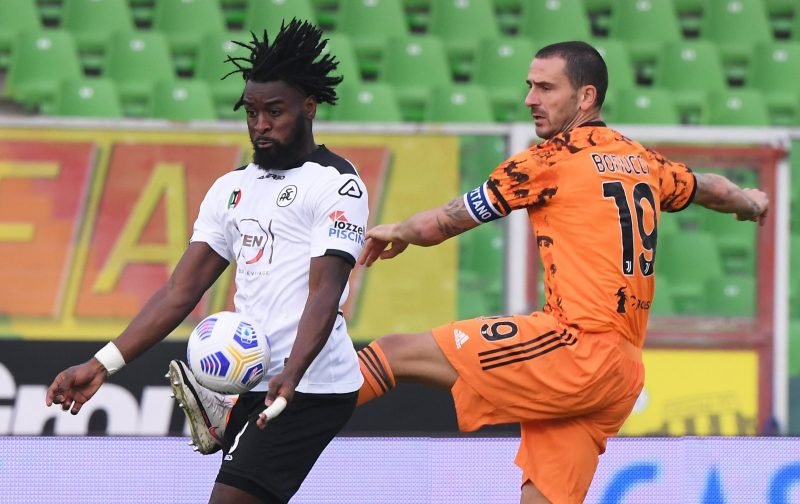 We eventually settled on Fabio Silva from FC Porto, but he’s not set the place alight in his debut campaign and TuttoMercatoWeb say we’ve got our eye on M’Bala Nzola. The 24-year-old has enjoyed a bright start in Serie A this season and has interest from Newcastle United and West Ham United.

An uncapped French striker who can operate across the front three. Nzola’s professional career started when he joined Italian outfit Virtus Francavilla Calcio (August 2016 – August 2017) from Portuguese side Academica in 2016. The 24-year-old scored 13 goals and made six assists in 39 games across the board.

Nzola was headhunted by Carpi FC (August 2017 – July 2019) and made 16 appearances in all competitions, scoring one goal with three assists. The Frenchman was loaned out to Trapani (August 2018 – June 2019) and scored eight goals in 36 games before turning the move permanent in July 2019.

Nzola was loaned out to Spezio Calcio (January 2020 – August 2020) midway into his second campaign and turned that move permanent in October 2020 after scoring seven goals in 21 games while helping them get promoted from Serie A. This season, he’s scored two goals and made one assist in four Serie A outings, so his stock is rising.

How much would he cost?

Spezio signed Nzola on a free transfer, but his market value with Transfermarkt is £0.8m while CIES Football Observatory say he’s worth €2m-€4m (£1.8m-£3.6m). Spezio’s most expensive departure was David Okereke (£7.2m to Club Brugge), so he won’t break the bank.

Will we make a move?

Doubtful. All TMW have said is that Nzola is a target for us, Newcastle and West Ham. There’s no word on a bid being lined up in January or contact being made with intermediaries.

The 24-year-old’s agent Didier Pingisi has talked down a Premier League move, noting that his client is still only new to top-flight football, so it remains to be seen if Nzola will be coming to Molineux this season.

In other news, have Wolverhampton Wanderers dropped Adama Traore because he refused to sign a new contract?