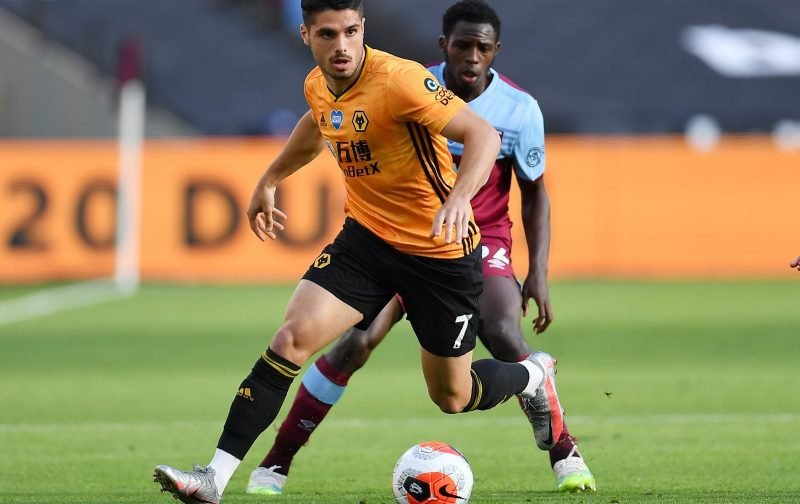 Earlier in November, Juventus were linked with a move for Pedro Neto, with Tuttosport (h/t Football Italia) saying the Old Lady were in talks with Wolverhampton Wanderers over a potential deal that Jorge Mendes would broker.

Nothing has come out since and I’m not expecting a deal to ever get over the line, so Juventus are wasting their time trying. Everybody thought our squad would be picked apart over the summer, but we only ended up losing one player.

Why were Juve in for Neto?

Tuttosport didn’t go into a lot of depth about the reasons behind Juventus’ interest in Neto other than highlighting that the 20-year-old shares an agent with Cristiano Ronaldo who is also his international teammate.

Neto has made 54 appearances in all competitions for Wolves since joining from Lazio in 2019, scoring seven goals with seven assists. The Portuguese international contributed six goals in nine Premier League starts last season and has contributed four goals in eight league starts this campaign, so it’s not a surprise that he’s attracting interest from a European giant.

Neto has already created more chances in the league this season (15) than he managed in 2019/20 (14) while making 15 successful dribbles and whipping in 50 crosses with 26% finding a teammate, so it’s clear he has potential. Why would we sell him though?

I don’t think so and certainly not this season. Neto signed a five-year deal at Wolves earlier in November, so why would he cut and run for another club so soon? And why would we accept a bid to let him go without having a replacement lined up?

Conor Coady, Willy Boly, Ruben Neves, Adama Traore, Diogo Jota, Neto and Raul Jimenez were among those many expected to be snatched up at the end of last season, but only Jota left and we’ve managed to tie down Coady, Boly, Neto and Jimenez to new deals.

I don’t believe we have anything to worry about. It’s a good sign that Neto is being linked with European giants as it shows he’s in good form. We held on to big players in the last transfer window and I think we can do again.

In other news, it’s increasingly likely that Patrick Cutrone could return to Wolves next summer