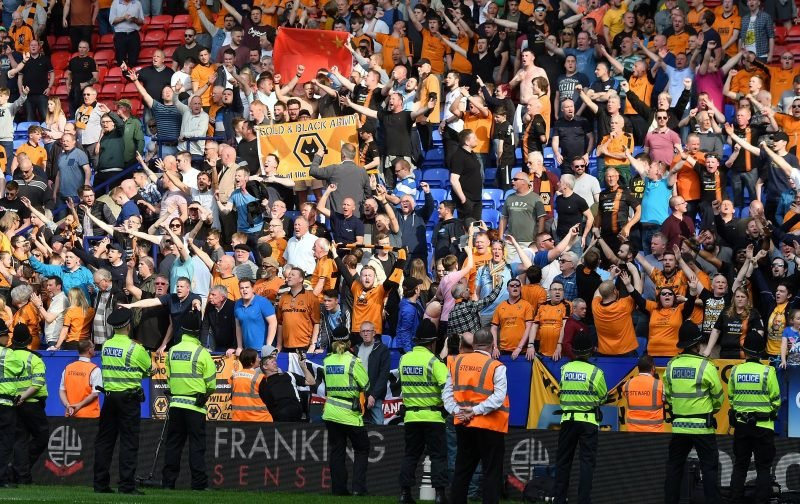 Wolverhampton Wanderers Academy graduate Niall Ennis is again involved in first team affairs this summer as he’s travelled with head coach Nuno Espirito Santo and our first team group to China for the Premier League Asia Trophy, but it didn’t stop the rumour mill from linking him with a possible loan spell out with League Two side Plymouth Argyle earlier in the week.

Could Highly Rated Wolves Youngster Be Heading For League Two

The original reports did have to be treated with some scepticism as they seemed to be social media based rather than from a more reliable outlet, but a loan did make some sense as the 20-year-old continues his development with Wolves rating him highly.

The Plymouth Herald updated the story on Wednesday and had Plymouth manager Ryan Lowe quoted as confirming that they do have an interest in him – but there was a soft denial given the earlier claims of ‘advanced talks’ – he just confirmed Ennis featured on their list of potential targets.

“He’s one of many on the list. Niall Ennis is a fantastic footballer. He has represented England, he’s a quality striker. But there are probably other clubs that are in for Niall Ennis, like we are in for other players. He’s probably one of five on our list. We are still out there, we are still looking, we know what we need.”

With our early start to the season with the Europa League campaign, I’d be amazed if we agreed any loan signings for the likes of Ennis at this stage and that appears to be the message coming from the club as well. That’s for much later in the window.