A lot of Wolves fans have been attacked in Porto by Standard Liege Ultra fans.

We have taken over 6,000 to watch us hopefully qualify for the next round of the Europa League while Standard Liege take on Vitoria.

Only 15 miles separate Braga and Vitoria, so both sets of fans have gathered in Porto where the attack has taken place.

Apparently, at least one of our fans has ended up in hospital after some of our fans were jumped by a group of 150 Liege supporters all dressed in black.

A video has emerged on social media of the police trying to contain the situation by firing rubber bullets at some of our fans and the Liege ultras.

Though it is not clear who started the trouble, the whole situation is a disgrace, and hopefully, no one was hurt too badly.

Do you think the Wolves fans were in the wrong? 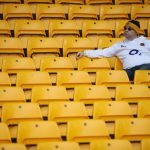 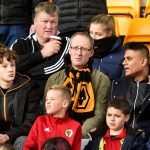 The group went over to support the lads, and they have been attacked by a bunch of fans who were clearly looking for a fight, and it is awful planning by UEFA to have two games on the same night within 15 miles of each other.

Surely, they could have made a fixture change to ensure that something like this didn’t happen.