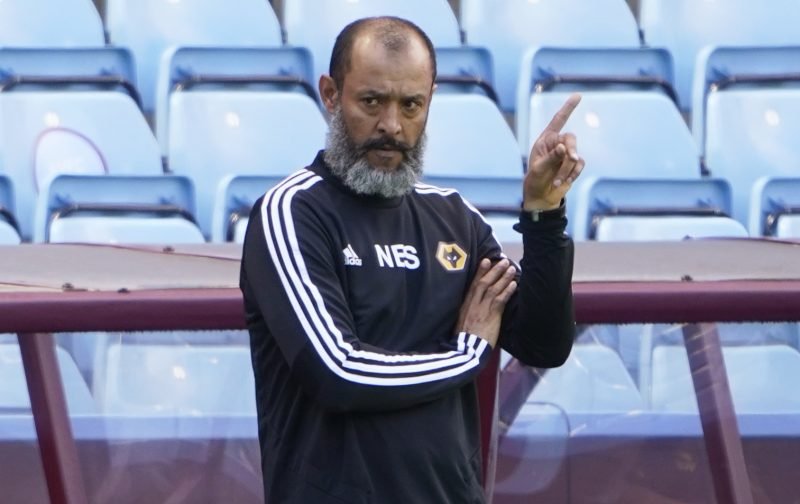 Wolves ended their home league programme for 2019/20 with a win against Crystal Palace at Molineux that was deserved, although not always plain sailing. It was a win that saw them reach a higher points total than last season and keep them in 6th place in the Premier League with just one game of the season remaining.

There were a couple of changes to the starting line up with Dendoncker given a defensive role on the right of the back three, with Boly moving to the left, and Saiss making way. Up front, it was Traore and Podence selected to play either side of Jimenez with Jota and Neto on the bench.

It was a fairly subdued first half with Wolves having most of the game but Palace causing Wolves some problems at the other end. As Dendoncker adjusted to his position the visitors were getting through on that side of the Wolves defence and one cross shot from Schlupp was only narrowly wide of the far post. But a half that seemed to be drifting towards a goalless conclusion was lit up three minutes before the break by some incisive play from Wolves. Doherty was well forward on the right and after one cross was cleared back to him the ball was played back to Moutinho who hit an inch perfect through ball to find Doherty running through the left of the Palace defence and his first time cross gave Podence the chance to score his first goal for the club with a close range header.

The second half saw Wolves take more control of the game with Traore causing problems for the visitors on the right despite them doubling up to try to halt his progress. And midway through the half the winger got to the byeline before pulling the ball back to Jimenez whose touch moved it on to Jonny who turned a Palace defender before driving in the second. In the end, Wolves coasted to the three points with Neves and Moutinho dominating midfield in the second period and Traore a constant threat on the right.

Patricio 7 – handled crosses well and had to make a couple of smart saves.
Dendoncker 7 – after Palace caused problems early on his side of the pitch he settled to his usual steady game.
Coady 7 – not troubled by the Palace attack on the day.
Boly 7 – after a spell on the right of the defence he was moved back to the left here and that does look to be his better position.
Doherty 8 – nobody played better on the night than Doc who had a fine game in attack and defence.
Neves 7 – was the victim of a number of fouls from a Palace midfield that were lucky to get away with so many dubious challenges on the night, but he fought through it and had a fine second half.
Moutinho 8 – had a good game in midfield and his pass to set up the first goal was sublime.
Jonny 7 – another steady game on the left capped with a well taken goal.
Traore 8 – Palace doubled up on him throughout the game but it didn’t stop him being a major threat.
Jimenez 8 – not on the scoresheet tonight but played an excellent centre forward game.
Podence 8 – looking another really good signing now and look forward to seeing more of him next season.

Jota and Neto came on in the second half and Portuguese midfielder Jordao was lined up on the sidelines for his Premier League debut five minutes from the end but the ball never went dead to allow his introduction.

With one match of the league season to go, Wolves lie in sixth place and if they can hold that on the final day it would not only secure another season of Europa League football but also be their highest finishing position since 1980. They face a difficult final game at Chelsea on Sunday though and there are two teams that could overtake them if they slip up. Spurs have a final game at Palace and if they get at least one point more than Wolves they will go above them. Arsenal meanwhile are six points behind with two games left. But if they beat Villa and Watford, and Wolves lose at Chelsea they would also overtake Wolves. A win for Wolves at Stamford Bridge and 6th place is assured so that has to be the target.