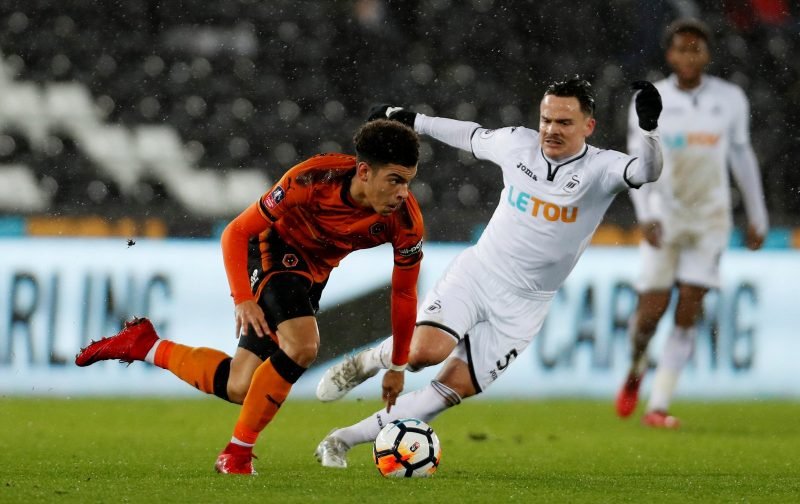 Wolverhampton Wanderers’ Academy graduate Morgan Gibbs-White has long been incredibly highly rated by those at the club and those in the fanbase who have seen him in action previously.

The 18-year-old now has eight starting appearances to his name, with a further 26 from the substitutes bench, but Wednesday evening marked his maiden Premier League debut, and he helped himself to an assist on the night.

Unbelievable win ???? especially to come back from 1-0 down and win 2-1 ⚽ also happy to get my first start and assist in the prem ❤ #wolvesaywe pic.twitter.com/eqXLqAwyt1

Fans and pundits have been rightly raving about him since the fulltime whistle went and he certainly came in for some love on social media.

What a player he is and how good is MGW gonna be? #AmazingTalent

Best player we've produced from our setup for a generation.

How did that standing ovation from every Wolves fan in the crowd feel? Absolutely awesome tonight!

You have a very, very bright future In front of you Morgan. Didn’t look out of place at all. Keep it up. #HesOneOfOurOwn

The comments aren’t a surprise really (there were plenty more), and for many, neither was his performance but I can guarantee a few others may have sat up and taken notice of him after that, so it’s over to him to show further improvement now and work on cementing himself in head coach Nuno Espirito Santo’s first team plans in the months to come.

One thing that’s definitely worth mentioning in the aftermath of the game, is that MGW wrote himself into our history books with his appearance.

How impressed were you with that performance? #OneOfOurOwn

"He is part of one of the best generations of English players for a long time. He is a World Champion. He is not an example, he is the reality of the fantastic job they are doing. Well done to them."

Star in the making? ⭐️ pic.twitter.com/POIRwyUVrr