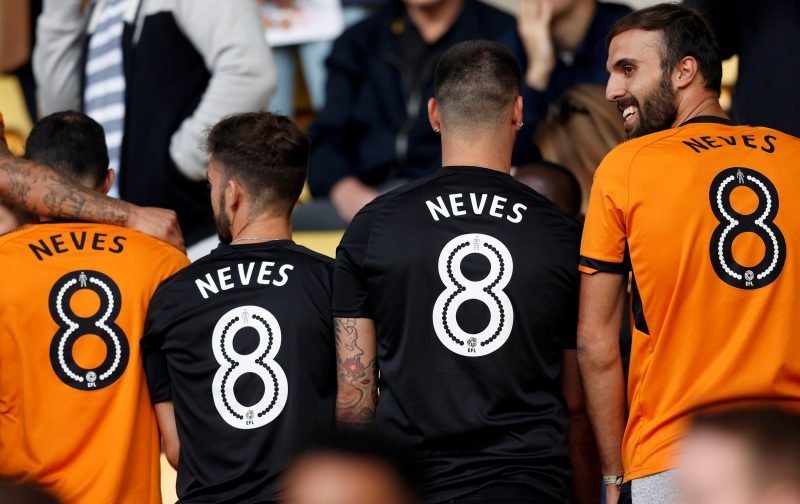 Wolves played out a 1-1 draw with crack Dutch team Ajax at Walsall’s Bescot stadium on Thursday afternoon. Despite it being a midweek afternoon over 3,000 turned up in the sun to see the new much brighter gold shirts for the first time in the UK and see a largely familiar Wolves eleven start the game. Only changes to the regular team of last season was to see Norris in goal instead of Ruddy, Gibbs White preferred to Saiss in midfield, and youngster Ryan Giles given a chance in the left wing back position instead of the injured Barry Douglas.

It was soon clear that it was going to be a good test for Wolves as the possession football and good ball control of the visitors meant the men in gold hardly got a meaningful kick in the first quarter of an hour. But Ajax didn’t create any clear openings in that period and Wolves eventually got on top. Their first threats on goal came when Doherty got forward for the first times. His low cross was just cleared before reaching Jota, then after being put through on the right of the area by Costa he shot just over. Then an inch-perfect through ball from Neves sent Jota through but the keeper foiled him as he tried to dribble past.

Wolves were the better team after that opening 15 minutes and nobody was impressing more than Ryan Giles whose pace and direct running was a constant threat on the left. But against the run of play it was Ajax who opened the scoring just before the break. Wolves lost possession and were caught open on the left of the defence and Van Geek cut inside and took his chance well.

Just one change for Wolves at the interval with Ruddy replacing Norris who hadn’t had a shot to save. Meanwhile, Danny Blind who Ajax signed from Man Utd for £18m this week came on for the visitors. There was an escape for Ajax when a cross from Jota went straight through the hands of the Ajax keeper but he recovered to push it out for a corner before Cavaleiro could turn in the loose ball.

Saiss replaced Bennett on the right of the back three, Goncalves replaced Gibbs White in midfield and Ashley Seal replaced Cavaleiro and played centre-forward with Jota moving to the left. And soon after the changes Wolves were level. Costa got through on the right of the Ajax defence and was brought down for a stonewall penalty. Neves took the kick and after a stuttering run-up, calmly placed the ball in the corner. Jota was only just over with a header to nearly win it but it was a flat second half after a bright opening period.

Pleasing to see Wolves looking comfortable against good quality opposition and they certainly seem to have unearthed a gem in Giles.

Next friendlies are at Stoke next Wednesday and Derby the following Saturday before the Molineux friendly against Villareal on August 4th.