After Patrick Cutrone joined Fiorentina in early January, he is now just one league game short of matching the same amount of starts as he had at his entire time at Wolves.

Despite still being contracted to the club, he has recently come out and shed some more light about what wrong in the Black Country to Italian outlet Gazzetta dello Sport.

He claimed that despite the fans taking a big liking to him, he wasn’t really given a chance under Portuguese manager Nuno Espirito Santo as he preferred to go to his ‘loyalists’.

He said (via Sport Witness): “I went to Wolverhampton with a lot of enthusiasm. The fans loved me, they dedicated a chant to me. In the end, I scored three goals from few minutes played, but I found a manager who preferred to rely on his loyalists”.

While there’s no denying that Wolves fans did very much take to Cutrone, there is a few people that you cannot deny that they love more – the very man that he is criticising… and his loyalists.

Could you see Cutrone playing for Wolves again? 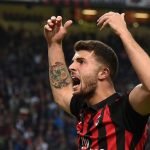 Maybe, it depends how his loan spell goes

No. I can't imagine he would want to come back

Cutrone seemed to fall victim to a change in the system which meant that the club was now just playing one centre-forward rather than two. With the rise in form of Adama Traore, it seemed he was so much more efficient when he was given a free rein up the right flank in a 3-4-3, rather than having to previously play as a wing-back prior.

The 3-5-2, which Nuno Espirito Santo played for much of last season, could theoretically see Cutrone playing alongside Jimenez, however, it seemed that Diogo Jota was preferred to start, which is fairly understandable as he offers something different to both of those players whereas Cutrone and Jimenez are fairly similar.

And when it seemed clear that a 3-4-3 was the main way to go forward for the club this season, Cutrone’s chances simply dwindles with the form of Raul Jimenez being so strong.

As frustrating as it might be for the Italian – who is currently on an 18-month loan with La Viola – when you see the decisions the manager has made it is really hard to disagree with the logic of them. Plain and simple: Raul Jimenez is a better player than Patrick Cutrone, and given they are similar styles of players, there isn’t really space for both of them within a team.

Perhaps Nuno could have been slightly more tactful by giving Cutrone some more minutes here and there – he had just 291 in the league – however, he is a Premier League manager and is under far too much pressure to hand out freebies.