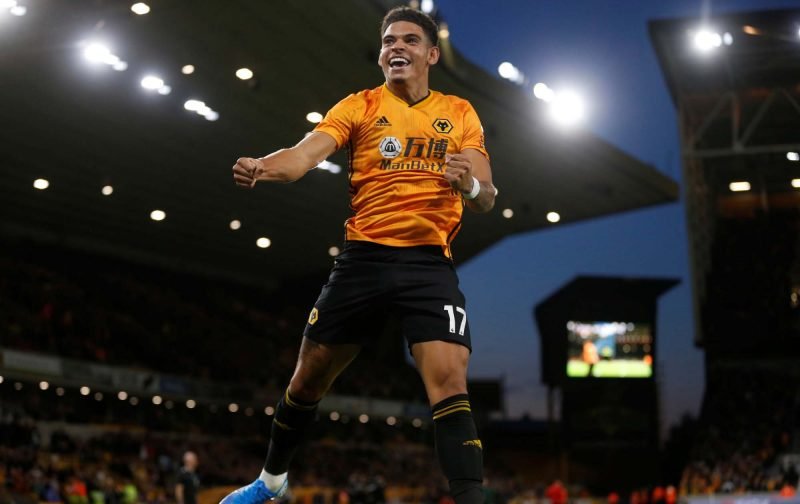 Morgan Gibbs-White is on the recovery trail from a back injury and could return in time to face Sheffield United on Sunday, according to Premier Injuries. Gibbs-White hasn’t made the matchday squad since the start of November but should at least make the bench over the weekend.

The 19-year-old hasn’t played for Wolverhampton Wanderers since September, spending the last two months as an unused substitute before injuring his back. Gibbs-White has made 10 appearances in all competitions in 2019/20, the last of which came in Wolves’ 2-0 win over Watford (September 28).

Since rising through the youth ranks to the Wolves first-team in 2018, the England u21 international has made 64 appearances in the last 18 months. He’s highly-rated at Molineux and has been used in every competition so far this season.

Nuno Espirito Santo has Joao Moutinho and Ruben Neves at his disposal, so the Midlands outfit aren’t missing the 19-year-old in midfield – he’s racked up only 120 minutes of Premier League football in 2019/20.

Wolves have a Europa League game to come against Braga on Thursday before their meeting with United, but Gibbs-White is likely to miss the European encounter.