Six players could leave Wolverhampton Wanderers at the end of their contracts next summer – Harry Burgoyne, John Ruddy, Phil Ofosu-Ayeh, Max Kilman, Joao Moutinho and Jordan Graham. Out of the six names, Moutinho is the only one who regularly features, so the remaining five could be moved on in 2020.

Ruddy has been Wolves’ second-choice goalkeeper for two seasons following the arrival of Rui Patricio. The 33-year-old has made only 12 appearances in the last 18 months and may not want to prolong his stay at Molineux in a backup role.

Should Wolves keep John Ruddy as backup next season? 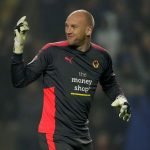 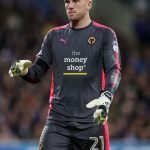 Burgoyne is Wolves’ third-choice goalkeeper and has made only seven appearances in all competitions. The 22-year-old spent last season on loan at Plymouth (July 1, 2018 – December 7, 2018) & Falkirk (January 21, 2019 – May 5, 2019) while featuring just once for Wolves since May 2017, so it’s hard to see the Midlands outfit retaining his services.

Graham could be released at the end of his contract as he’s been on the periphery at Wolves. The 24-year-old hasn’t made the matchday squad in the Premier League, Europa League or EFL Cup this season, and hasn’t made a first-team appearance since August 2017.

Kilman could be retained by Wolves in 2020 as he’s broken into the first-team and impressed Nuno Espirito Santo. The 22-year-old has made six appearances in all competitions and frequently makes the matchday squad in the Premier League. Wolves won’t let him go.

Moutinho is out of contract next summer, but the 33-year-old has been in talks with Wolves over a three-year deal so he’s unlikely to be leaving in 2020.