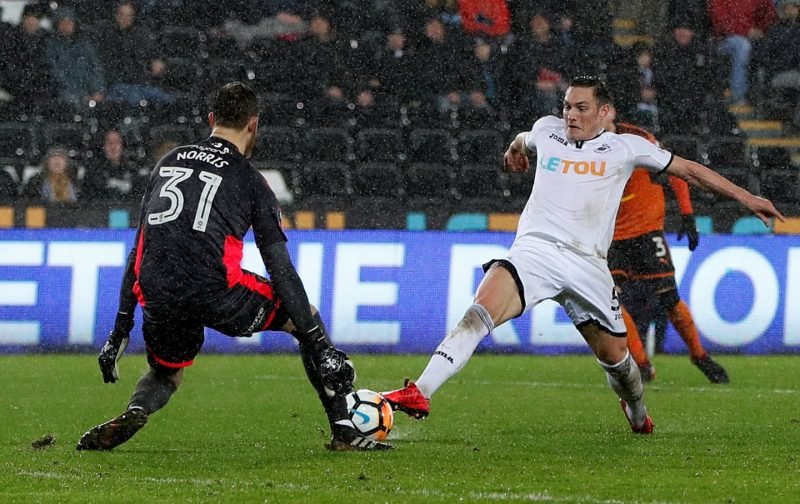 Due to a lack of first-team football at Wolverhampton Wanderers, Will Norris joined Ipswich Town on loan in July 2019. He had to be patient for first-team opportunities with the Tractor Boys but eventually ousted Tomas Holy in late-October and has been a regular ever since.

Unfortunately, Norris’ form has spiralled of late and he could lose his place back to Holy as a result. The 26-year-old has made 19 appearances in all competitions for Ipswich, conceding 24 goals and keeping only five clean sheets.

For a side hoping to earn promotion back to the Championship (4th in League One after 29 games), Town aren’t doing a good job shutting out their opponents. Ipswich’s last game saw them lose 4-1 to Peterborough United (February 1) and Norris made a number of errors throughout.

He got caught on the ball and was tackled by Sam Szmodics who scored Peterborough’s second goal and was shaky throughout the encounter. Fans were calling for Holy’s return and weren’t too kind on Norris on social media either.

People have a go at Norris (including myself) but most of the blame must point to Lambert ?
Hes the one who keeps picking him after error after error #itfc

I’ve got nothing against Will Norris, he’s had some good games this season but the goalkeeping situation has been ridiculous. Holy didn’t deserve to be dropped and HAS to start next Saturday! #itfc

Embarrassing performance, a week is a long time in football #itfc

Whether Paul Lambert considers changing his goalkeepers against Sunderland remains to be seen, but Norris isn’t doing a good job of proving his worth. The 26-year-old has 18 months remaining on his deal at Wolves, but it’s unlikely he’ll have a future at Molineux upon his return this summer.