Wolves target Ugurcan Cakir has allegedly had a bid made for him, according to reports from Turkey.

Turkish outlet Sporx (via HITC) states that the Trabzonspor keeper has made a £17m offer made for him, though the team has been unnamed.

The 23-year-old has been in such good form this season that he has also allegedly caught the eye of Liverpool, as well as fellow Premier League side Newcastle United.

Thus far in the Super Lig, he has conceded just 18 goals from 17 appearances, keeping three clean sheets in total, helping the club be part of title chase as they sit third in the table, just five points short of table-toppers Sivasspor.

Would you back a £17m offer for Cakir?

Yes, he looks a top prospect

No, that's far too much to spend with Patricio 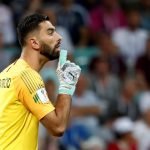 The club president Ahmet Agaoglu revealed the offer of £17m has been made, however, he refused to state who it was.

Given that Wolves have a top goalkeeper in Rui Patricio at the club, this will hardly be the most damming news fans will hear all day.

Number two John Ruddy has admitted that he will not be at the club beyond next season, so he could be a potential player to replace him as the former Sporting Lisbon’s understudy, but realistically, do the club want to spending £17m on a backup and would the promising ‘keeper want to spend time on a team’s bench?

It is hard to see Wanderers matching such a bid, especially considering that they are reportedly on the verge of spending over £20m (BBC) on Daniel Podence from Olympiacos, as per Tim Spiers from the Athletic.

According to the match rating algorithm from WhoScored, the ‘keeper has an average rating of 6.9/10 from his league matches so far, and he also interestingly picked up five yellow cards.

He has picked up two caps for his country so far – having his debut in May 30, 2019 – however, he still seems to be behind Mert Gunok who is the first choice.