Club Are Being Less Than Sporting Over Goalkeeper Switch Apparently 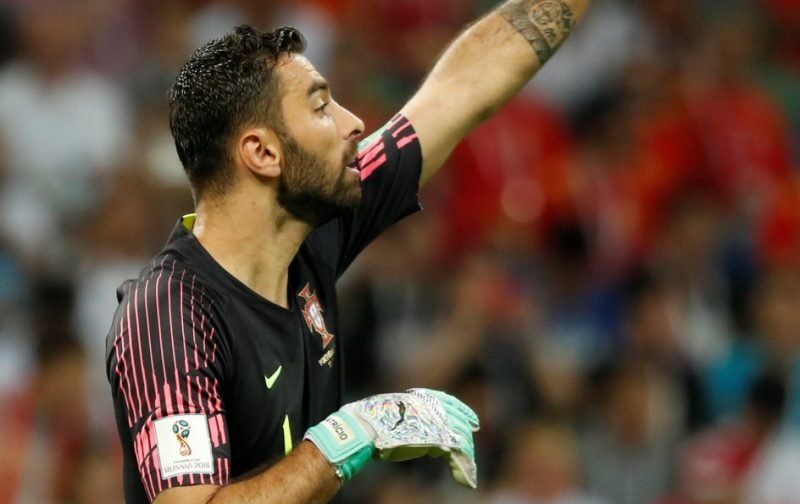 Wolverhampton Wanderers’ signing of Portuguese international Rui Patricio this summer was met with amusement and shock amongst the fanbase.

I’m not going to go deep into Sporting’s issues and nor am I going to comment on the relevance or not of Patricio’s actions when it came to his contract at the club – suffice to say given what was going on at the club, he’s not alone in exercising what he believes is his right to walk away from the deal he signed given events that took place.

I’m not following their meltdown closely enough to offer any true opinion, other than to say from what I’ve read, it’s an ugly situation and I feel for their genuine fans and not the absolute idiots who turned up at their training ground.

It’s football – it isn’t everything and if your life is so shallow you think it is everything and it gives you an excuse for violence at your own club’s players, I’d recommend trying comedy, alcohol, sex or ensuring you don’t breed and attempt to educate the next generation of humans.

A Bola via the Birmingham Mail report that Sporting have now filed a 54million Euro claim (£48million) against the club and the player for his contract cancellation and our subsequent signing of him.

It’s suggested we were in for him prior to the contract issues and although he has a reported 45million Euro buyout clause, we were only willing to go to £18million. It’s further claimed there was a tentative agreement at that price but it fell down at the last minute.

I find that questionable for a start – money isn’t exactly an option for us, and why would we or the player, go to these lengths and subsequent lengthy legal complaints that cost money instead of just finding an appropriate fee that saves a bucket load of time?

This is going to be a ‘thing’ for the media now until it’s settled and it’s certainly multifaceted but fans should trust Wolves would not have been the first club to take advantage of their player exodus if we hadn’t done our due diligence.

Fans shouldn’t be concerned about being forced to pay 45million Euros just as I’m sure Patricio isn’t concerned about the reported 9million Euro claim about him for the next two years salary. We aren’t talking to Saul (Breaking Bad) for legal advice, we’ll have taken advice from the same calibre of company Sporting now are.

Likely outcome really, if we had a previous bid in, is we’ll re-agree to that to keep life simple and if we do, if it was a previous bid, it’s well within our budget so will have no knock-on effect whatsoever.