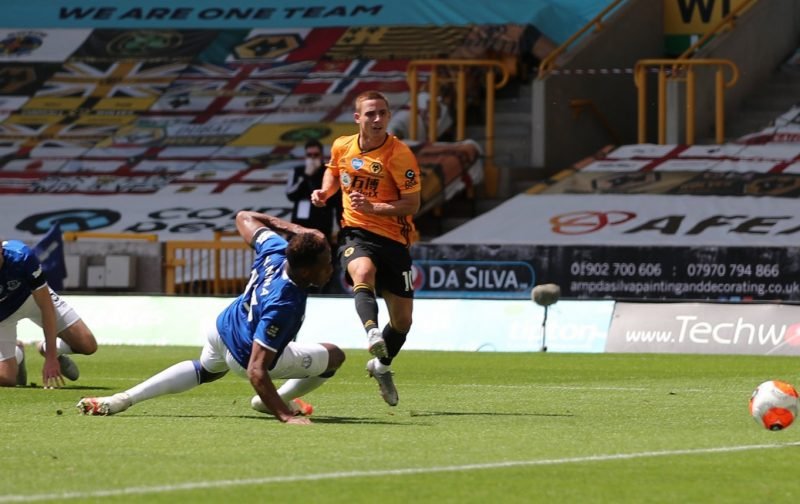 The Eagles’ trip to the West Midlands is a must-win fixture for Espirito Santo’s side in their hopes of qualifying for Europe next season, with the gap to the top-five almost unassailable heading into Wolves’ penultimate fixture of the league campaign.

Espirito Santo could also be without star striker Raul Jimenez for the Monday night affair, or the last-day clash with Chelsea, as the Mexican is expecting his first child with partner Daniela Basso, meaning the Wolves chief’s team selection against Palace could be vital to their chances of clinching all three points.

Podence aided Wolves’ efforts in their most recent Premier League victory by assisting Jimenez’s first-half stoppage-time opener against Everton, which was the Portuguese winger’s first assist recorded in the English top-flight.

Podence also struck three shots, of which two were on target, against the Toffees while playing from the left-wing, from where WhoScored recorded the 24-year-old as also completing 23 of his 31 passes and beating opponents with four of his five attempted dribbles.

He followed that display up with two shots, 10 accurate passes and a successful dribble against Burnley when fielded on the right, and plenty of fans feel he has done enough in those two games to retain his place in the starting line-up.

Offers vision, creativity and something a little different

Definitely, brings plenty of flair to the attack

Not all Wolves fans are as keen to see Podence lay claim to a place in the starting line-up on Monday, as some do not feel the former Portugal youth international is the best option for Espirito Santo in attack.

While Podence assisted Jimenez against Everton, the 5 ft 4 winger also lost possession 14 times and could not deliver an accurate cross, per Sofa Score, while later losing possession 11 times at Burnley where he also failed to find a teammate with a cross into the box.

I really dont, neto is better for me