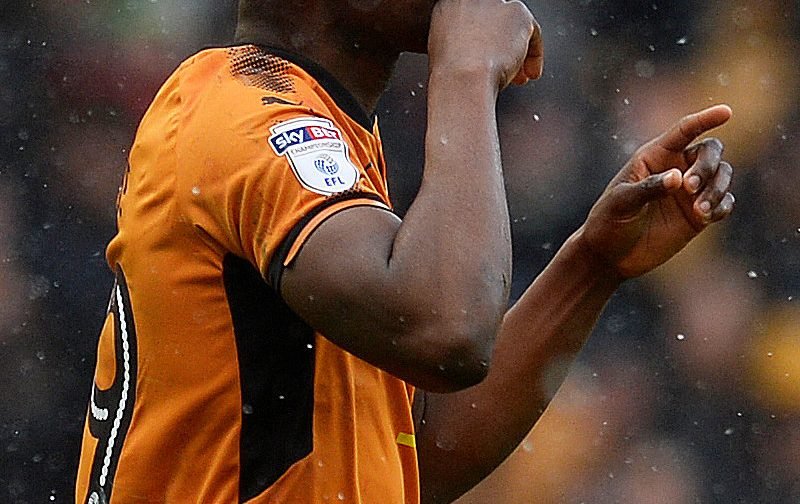 On loan Bournemouth striker Benik Afobe has been speaking about finding his feet back at Wolverhampton Wanderers following his January return to the club.

With four goals in as many games recently, and a brace against Burton Albion last weekend, Afobe told the Official Website.

‘I feel good. As any centre-forward would tell you, when they`re scoring goals and the team`s winning, they`re happy. We`ve found some sort of wavelength now. The first few games for me were about adapting to the way the team plays and them adapting to the way I play. It`s going well on the training pitch and I think that`s showing on the matchdays now as well.’

Afobe went on to say about his opening goal.

‘Before the game, I spoke to Ruben about trying to find space because we knew Burton were going to sit deep. He knows I like to get in behind so he said that his passes might not be over the top, they might be slide-balls along the floor. As I saw him driving towards me, I just pointed, made the move and I knew the pass was going to come. That`s why I went over to him to celebrate after I scored the first one. That`s what you do as a team, you look for each other and you talk and discuss the game. Ruben`s a top-quality player and I`m happy that he got the assist for the goal. It`s always about the team.’

He added about his second goal on the day.

‘For the second goal, Cavaleiro and Costa linked up and the ball basically fell to me. I don`t know if Cavaleiro meant the assist but he`ll be happy that he got it and I`m obviously happy with another goal. The main thing is that we got the three points, we can go into the international break pleased with our last two performances and ready for the Middlesbrough game in a couple of weeks` time.’

The win of course sees Wolves take nine points from a possible 12 as we head into the March international break and we keep the gap on Cardiff City and those sides below us as the Championship title remains the aim this year.

‘After the disappointing weekend against Villa last week, we had six points to play for against Reading and Burton and were just glad we got those six points. The last few games have been good. Personally and for the team. We`ve got nine points from a possible 12. We`ve got eight matches to go now and we`re taking it game-by-game.’