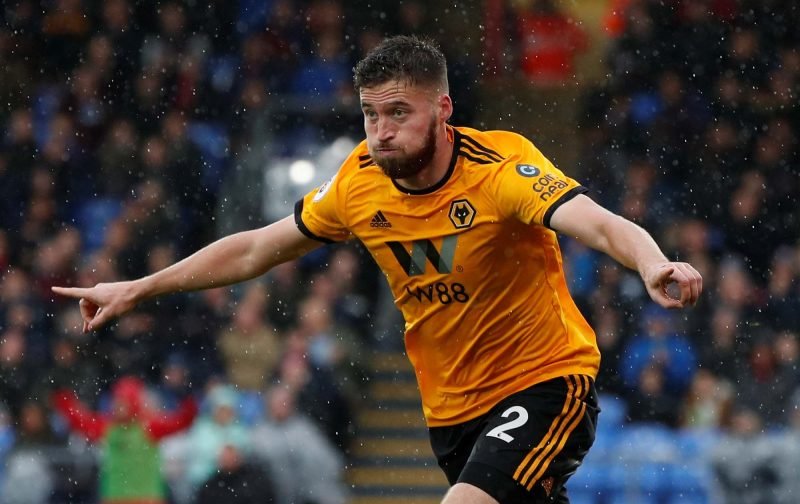 Wolverhampton Wanderers boosted their hopes of sealing Champions League football with a 1-0 win over Aston Villa on Saturday and Matt Doherty was one of many players praised for another impressive performance. The 28-year-old saw a lot of the ball at right-back and came out trumps in the majority of his duels at Villa Park, resulting in acclaim from fans on social media.

You had a fantastic game today!

Unreal matt, a legend of the club

You are in awesome form Sir.#fplgod Keep up the good work.

Against Villa, Doherty played for 90 minutes, made 79 touches, won five aerial duels, completed 83.6% of his 55 passes, created one chance, had one shot, whipped in one cross, boasted a 100% record from long balls, made two tackles, gave away two fouls, made one interception, won three free-kicks and made one clearance.

The Republic of Ireland international joined Wolves for only £81k from Bohemians in 2010 and has gone on to make 294 appearances in all competitions, scoring 28 goals and making 40 assists. Doherty now has a market value of £14.4m and has been one of the better right-backs in the Premier League.

The 28-year-old is a regular under Nuno Espirito Santo, making 42 appearances across the board this season while scoring seven goals and making four assists, and his performance on Saturday showed why.